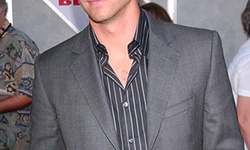 Paul William Walker IV (born September 12, 1973) is an American actor. He became well known in 2001 after starring in the surprise summer hit The Fast and the Furious and has since gone on to star in its sequels 2 Fast 2 Furious and Fast & Furious. His other successful movies include Joy Ride, Running Scared, and Eight Below.Paul is purple belt in Brazilan Jiujitsu under Paragon Jiujitsu. Walker was a big car enthusiast prior to the filming of The Fast and The Furious. What did it take you to come back? I’m a fast and a furious guy, whether I want to be or not. There was a period after the first one, I came back for the second one, and then I felt... read full article