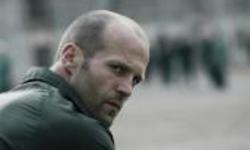 Jason Statham, 36, has established himself as one of the world’s biggest action stars with his formidable body of work to date, culminating in this summer’s DEATH RACE.  After bursting on the scene ten years ago in Lock, Stock and Two Smoking Barrels and Snatch, Statham went to star in two wildly popular Transporter films and heist films of great acclaim – The Italian Job and The Bank Job.  His 2006 adrenaline-rush turn in Crank cemented Statham’s place as an international star. Now, with Transporter 3 and Crank 2 already in the can, he stars in 2008’s DEATH RACE, an update of the 1975 Roger Corman film Death Race... read full article