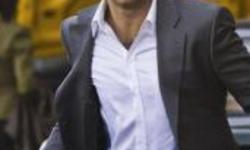 After studying at the Royal Academy of Dramatic Art, Owen quickly established himself as one of the most promising young actors in Britain, taking roles on stage, with the Young Vic Theatre Company, and on television, notably playing the lead in the hit crime series Chancer. He made his film debut in 1988 with the British road movie Vroom, starring alongside David Thewlis, and then worked with director Stephen Poliakoff on Close My Eyes. He played Max, a gay man who finds love in the most extreme circumstances, in the screen version of Bent and then starred in Mike Hodges international hit, Croupier.  “I had never really made anything that had an... read full article