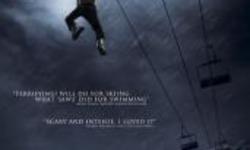 When was the last time a film came along causing such a visceral audience reaction that the viewer sat perched nervously on the edge of his or her seat, wiping away unavoidable tears while aching with a genuine, sustained fear over both the characters' threatened fates and the unthinkable—yet fully plausible—predicament they've found themselves in? Maybe 2008's cinema-verité monster-on-the-loose groundbreaker "Cloverfield." It's been a couple years for sure. Watching "Frozen," written and directed with an uncommonly savvy, airtight assuredness by Adam Green (2007's "Hatchet"), is akin to swimming in a giant,... read full article