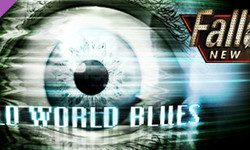 Old World Blues is the latest downloadable content that’s just been released for Fallout: New Vegas, the hit Fallout 3 sequel. But after critics and fans gave pretty lukewarm responses to the first two DLC packages, Bethesda really had to step up their game in order to keep players interested in purchasing new content. Fortunately, what they came up with is - in this reviewer’s opinion - the best Fallout 3/New Vegas DLC so far.  In terms of theme, Old World Blues fits perfectly into the Fallout canon, but brings something brand new at the same time, with its maniacal 50s sci-fi feel. Set in a gigantic lab that would make Doctor Frankenstein... read full article