Decisions loom on two politically motivated warrant of fitness schemes for our 480,000 rental properties, both of which could make housing less available and more expensive to the poorest people in New Zealand.

Cabinet is about to decide whether a warrant of fitness regime would be applied to state houses and whether this would be rolled out to private property investors. Meanwhile, five councils tested a separate scheme on 144 rental properties that showed a 94 percent failure rate. 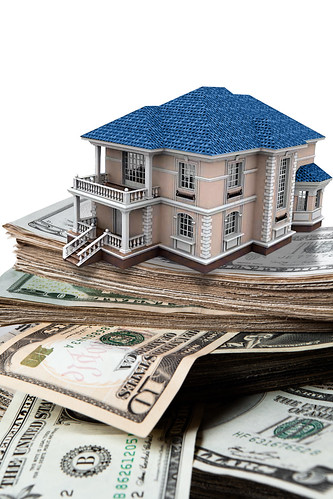 Children’s Commissioner Russell Wills, who leads the warrant of fitness push on behalf of a handful of 1970s socialists known as the Child Poverty Action Group, told Q&A that: “Most kids who are living in poverty live in private rentals, not state rentals but private rentals, and those houses are in appalling state. So having a warrant of fitness again is one of those very practical recommendations that the Expert Advisory Group recommended.” (1)

In two reports, Solutions for Child Poverty in New Zealand (2) and Working Paper 18 (3) the Children’s Commissioner proposed a warrant of fitness among a range of measures purported to help the 270,000 children “living in poverty”.

New Zealand’s relative poverty is defined as living on 60 percent of the median wage of $28,500 after housing costs – unlike absolute poverty, which is which is severe deprivation of basic human needs, including food, safe drinking water, sanitation facilities, health, shelter, education and information. Poverty New Zealand style is also defined as having to rent, not having an internet connection, and living in a single-parent family. The link to the median wage means there will always be poverty here no matter how high the wages rise.

But is rental property really appalling? The only evidence to support that claim is a House Condition Survey Report done in 2010 by the Building Research Association of New Zealand. That survey looked at just 491 properties, both owner-occupied and rental.

The survey found only 22 percent were in good condition and 44 percent in poor condition, and said the average cost of required repairs was $9700 for rentals and $8000 for owner-occupied. (4) There are 1.7-million occupied dwellings throughout New Zealand. The last comprehensive survey of New Zealand housing was done in 1938.

The “appalling” tag is based on a subjective appraisal of just 216 properties and if the sample carried the national ownership-rental ratio, most of these would have been owner-occupied.

One fact that child poverty activists either don’t know or ignore is that according to section 109A of the Residential Tenancies Act, letting substandard rental property is already an unlawful act that carries a $3000 fine as well as compulsion to carry out repairs. Section 45 of the Act spells out the landlord’s responsibilities, which require providing the premises in a reasonable state of cleanliness and repair, and complying with all health and safety requirements. (5)

Why have houses suddenly become “appalling”? Most grumbles may be traced to a fundamental complaint that they are cold.

Theoretically, the presence of power sockets in every room in every house in New Zealand, and the wide availability of plug-in electric heaters, should mean that clean, dry heating may be available in every home right now.

The government embarked on the Warm-up New Zealand: Heat Smart programme in 2009, a $340-million government programme that funds insulation retrofits and clean- heat grants. That programme provided a much-quoted statistic that every $1 spent on insulation brought a $4.80 savings in slightly reduced mortality, prescription, hospitalization, and energy costs. The analysis was based on government expenditure for the 2010-11 year compared with projected savings over 30 years.

A closer look at the figures shows a result that is less impressive than expected. For instance, insulation retrofits reduce electricity consumption by around 5 percent but over 10 years the price of electricity has increased 10 percent a year. Moreover, nothing is said about the cost of improvements being loaded on to private landlords while the government takes the benefits in terms of health savings.

The costs to property owners of implementing a warrant of fitness are substantial.

A paper from a Ministerial Committee on Poverty meeting on August 20, 2013, obtained under the Official Information Act, showed likely cost of improvements per dwelling to total  $2955, with a thermostat costing $60, draught-proofing $225, a ground barrier $520, a clothes dryer vent $70, and R4 ceiling batts $2080. The Building Research Association of New Zealand survey mentioned earlier estimated repairs averaging $9700 for rentals and $8000 for owner-occupied dwellings.

Likely forced upgrades of $12,655 on each property would mean an immediate cost of around $873-million for 69,000 state houses to achieve a 30-year benefit of debatable proportions. It would also force similar costs on private property owners that would lead to rent increases of around $20 to $30 a week.

Forced upgrades would mean fewer rental properties and higher rents, worsening the problem that poverty activists say they are trying to solve.

If housing conditions do have an impact on health, arguably any increase in standards should be imposed across the board on everyone -including private home owners — especially since any homeowner can rent out their property. Targeting landlords vastly reduces any claimed health benefits of the proposal while raising the question of anti-landlord bias.

The Children’s Commissioner did point to studies that showed occupant behaviour rather than the houses is linked to poor outcomes. Over crowding was cited as a risk factor for epidemic meningococcal disease in Auckland, as it was for tuberculosis, and acute rheumatic fever. Similarly, a lack of ventilation was linked to increased doctor visits and hospitalisations. It must also be noted that mould appears when occupants fail to ventilate and wipe away condensation.

Living in a damp house does not bring the kind of gruesome consequences that the shock doco “Inside Child Poverty” would have you believe. A 1991 study in Finland of 1863 children showed a damp house carries a 13.2 percent risk of catching a cold or getting hay fever.

A word of warning for those who want to crack down on landlords, or tenants, is that if you hurt one you will hurt the other, simply because landlords rely on tenants for income and tenants rely on landlords for housing.

Cabinet soon is to consider whether a warrant of fitness would just be adopted for state houses or rolled out to all rentals as the child poverty zealots are demanding. Cabinet should say no to both options.

Local authorities, with a track record of barmy and wasteful spending, are pushing for a parliamentary bill to enable imposition of regional warrants of fitness. Any bill to this effect should also be blocked.

If a warrant of fitness scheme was proposed for ALL housing, there would be such a backlash against it on the grounds of it being totally unreasonable having inspectors calling around with their clipboards that the idea would be buried once and for all.

The owners of the 411,000 private rental properties in New Zealand should be well aware that the current government would not think twice about imposing a costly and punitive warrant of fitness scheme if it would get votes from the left. The government knows property investors are not organised and won’t fight back.

With an election looming, politicians may listen. Talk to your MP! Ask him or her where they stand on warrants of fitness. Tell them how you will vote. There could be 411,000 votes going to some party with the guts to stick up for tenants and landlords.

Mike Butler is a researcher for the New Zealand Centre for Political Research and has invested in and managed residential rental properties for 25 years.