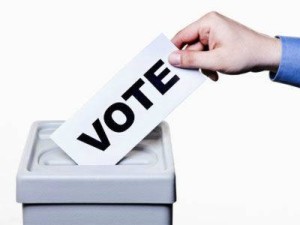 Some local mayors just don’t seem to understand they serve at the behest of their community. The iconic leader of this hall of shame is of course Andrew Judd, the current, and soon to be former, mayor of New Plymouth. But he is not alone.

Joining Andrew Judd is Masterton District Council Mayor Lyn Patterson. She, along with Councillors Mark Harris, Graham McClymont, David Holmes, Chris Peterson, Jonathan Hooker and Doug Bracewell, voted last week in favour of two unelected iwi representatives, with voting rights, being appointed to key council standing committees. Masterton locals were not given the right to determine whether they too wanted a race-based council – they had no say.

Opposing the move were Councillors Gary Caffell and Brent Goodwin. They said councillors were only given 24 hours notice of the proposal and the vote.

As if that was not bad enough, with the 2016 local body elections effectively just months away – and these new arrangement not expected to be in place until July – this decision has clearly been designed to bind the future council.  Mayor Patterson justified her actions by saying that the proposal “emerged from the council’s 2015-25 Long-Term Plan process, to promote a genuine partnership with Maori as required by the Treaty, particularly on environmental issues”.

In recent years, only two other district councils have changed their constitutional balance through iwi appointments with voting rights – without recourse to the community at large. Jenny Rowan pushed that decision through in Kapiti in 2012 and Steve Chadwick in Rotorua in 2014.

The Kapiti Coast District Council appointed three Maori representatives with voting rights to the council’s standing committees, just weeks ahead of the 2013 local body elections. The mayor, Jenny Rowan, said, “It has been a long journey to get to this point. My belief has always been that the Tangata Whenua of this district as our treaty partners should be involved in the decision making process, to challenge, inform and assist us in developing the best outcomes for this district.”

Just weeks later, she lost the mayoralty. Unfortunately the new mayor and council did not hold a poll of local residents and ratepayers to seek their views of the decision.

Mayor Chadwick said, “For 25 generations, Te Arawa have shared their life force with the community and this will continue for our futures and those to come. This partnership allows Te Arawa to be at the table; two representatives on council committees who can contribute to the direction of our district.”

Not allowing the public to have a proper say on the contentious issue of voting rights around the council table, through a district-wide referendum process, is an outrage. It is after all, their council – supposedly representing the community at large.

The point is that by giving unelected vested interests voting rights, the Mayor and supporters have altered the balance of power on their council. This has the potential to swing the local authority vote, enabling councils to pursue agendas that might not have been possible before such appointments were made.

But not only are such appointments undemocratic, they are also manipulative, since appointing iwi representatives with voting rights onto councils exploits a loop-hole that exists in the law.

While Section 19Z of the Local Electoral Act 2001 sets out the mechanism by which local authorities can establish iwi representation on councils through the creation of Maori wards, Section 19ZB enables local voters to challenge such decisions through a binding poll of electors – if supported by 5 percent of registered electors. It is an acknowledgement that defining a council by race, marks a substantive change to local government.

However, no such safeguard applies when councils appoint Maori representatives onto councils with voting rights – despite the effect being the same as creating a Maori ward. No doubt when the law was drafted, the idea that Maori could gain representation on councils by the back door – through appointment rather than election – was not even contemplated.

Accordingly, it is time that this loophole in the Local Electoral Act was closed, by enabling the public to demand a binding poll – if supported by 5 percent of registered electors – whenever a council tries to change the constitutional makeup of a council through the appointment of unelected representatives with voting rights.

This would require a simple amendment to Section 19ZB to add an option (c) – so it would read: “A specified number of electors of a territorial authority or regional council may, at any time, demand that a poll be held on the question whether, un-elected representatives should be appointed onto council committees with voting rights”,  where a ‘specified number’ of electors means a number “equal to or greater than 5 percent of the number of electors enrolled as eligible to vote at the previous triennial general election”.

Whenever they are asked, communities have said they do not want their local democracy defined by race. Residents and ratepayers in the Waikato, Nelson, Wairoa, Hauraki, the Far North, and New Plymouth, have voted against Maori wards for their District Councils with an average 70/30 split.

Had the people of Masterton, Rotorua and Kapiti been asked, it is highly likely that they too would have rejected race-based representation.

Not only are the public opposed to local government being defined along racial lines, but they also strongly object to the assertion by iwi groups that they are above the Rule of Law and should not need to be subjected to the democratic process to gain the right to sit around a council table.

In 2014, the newly elected New Plymouth District Council Mayor Andrew Judd was persuaded that six local iwi should be appointed to the Council with voting rights. But his plan was defeated by a Council vote.

Undeterred, Mayor Judd then called for the establishment of a Maori ward. That was narrowly approved by the Council, but then challenged by local citizens.

Local resident Hugh Johnson explained that he called for a referendum because voters should have a say in a change as fundamental as the establishment of a Maori ward: “I believe we are one country, one lot of people, not divided. The Maori seats in Parliament separates the Parliament and we don’t need to spread it out into the local government area. It’s as simple as that. If you wanted to get voted on council, you go through one voting system.”

The poll result that followed was definitive – 83 percent voted against the creation of the Maori ward, with 17 percent in favour.

The result showed how little support there is for race-based democracy. Most people believe that almost anyone can get voted onto a council, if they are prepared to work hard enough. They know that Maori do not need special treatment to get elected – and there are many examples all around the country to show that this is the case. So rather than demanding special privileges based on race, the public believes that iwi should embrace the democratic process – like everyone else – through candidates who will put in the effort to get themselves elected.

Given the clear message sent by the people of New Plymouth in the referendum, one would have thought that Mayor Judd would have finally realised that local democracy is about letting people have their say, and respecting their views – whether or not one agrees with it.

Mayor Judd, effectively called his New Plymouth constituents ‘racists’ – and put forward the proposition that the Government should change the law to require that half of all local authority council representatives are Maori.

This week’s NZCPR Guest Commentator, journalist and historian Mike Butler, who has outlined the myriad of attempts by vested interests to tribalise local government, explains what happened next:

“The champion of Maori wards in New Plymouth, the newly elected mayor Andrew Judd, announced to the nation on May 5 on Seven Sharp that he would not stand for a further term because people spit on him at supermarkets, and that he was a ‘recovering racist’ since he read guilt guru Robert Consedine’s book Healing our history.

“After such a massive defeat on the Maori seats vote, instead of accepting the vote Judd lodged an official complaint with the United Nations Permanent Forum on Indigenous Issues against the New Zealand government for permitting such a poll.

“Judd went further. He urged Maori Party co-leader Te Ururoa Flavell to present a petition to Parliament to set up Maori wards on every district council in New Zealand without requiring a public vote.”

For Andrew Judd to make such a complaint to the United Nations is astonishing and raises serious questions about judgement – especially since he has been using the New Plymouth Office of Mayor to progress a radical separatist agenda.

Instead of condemning Andrew Judd for using his Office to incite racism, the Race Relations Commissioner has called him an ‘everyday hero’ for promoting his racist proposals.

But in reality, his actions have been so extreme that one wonders whether consideration should be given to the introduction of recall elections in New Zealand. This is a mechanism that is available in a number of jurisdictions around the world – including Canada, Switzerland, Venezuela, the UK and the US – that allows citizens to remove elected officials from office, if they end up deviating strongly from their election platforms. The trigger for votes of no-confidence is usually a petition signed by a sufficient number of voters.

The point that mayors Andrew Judd, Lyn Patterson, Jenny Rowan, and Steve Chadwick do not appear to understand is that this whole issue is about democracy, not race. New Zealanders strongly support the fundamentals of democracy – one person, one vote, with all constituents treated equally under the law. And they want to see our nation moving forward together – as one people – not as a country divided by race.

So what does the law actually say about Maori involvement in local government?

The Local Government Act 2002 requires councils to “provide opportunities for Maori to contribute to the decision-making processes of the local authority”, as well as to consider ways of fostering the development of Maori “capacity”.

However, the Act is also clear in the fact that councils must prioritise the good of the whole community.  That’s why most councils around the country have discharged their responsibilities by establishing Maori liaison committees or advisory boards. By law, they are not required to do any more than that.

And that’s why the decisions of the mayors and councillors who have appointed iwi representatives, with voting rights, onto their councils – without seeking the view of their local communities through a district-wide referendum – is so wrong. While they no doubt hope their arrangements will bind all future councils, each new council should review such decisions – and ask their communities what they think as well, through a binding referendum process.

Whether they like to admit it or not, councillors voting in favour of appointing unelected iwi representatives with voting rights onto their councils, are putting their personal views ahead of the views of their electorate. What’s worse is that they are doing so in a way that denies voters their right to accept or reject race-based representation on their council. That is simply unacceptable.