Public say NO to Maori seats on Council

The result of the Far North District Council’s referendum on the establishment of Maori wards was released last week. Voters in Northland have said a resounding “No” to Maori seats on their local council, by a two to one margin. Of the 38,946 electors on the electoral roll, just over 35 percent or 13,624 voted in the referendum, with 68 percent or 9,315 opposed to Maori wards and 32 percent or 4,309 in favour. 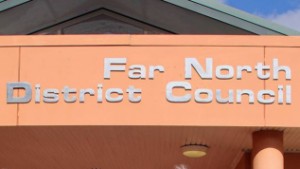 The result is even more notable because nearly 44 percent of the Far North District is of Maori descent – well above the national average of around 16 percent. The Northland result is consistent with the result of a referendum in the Wairoa district in 2012, where their council’s Maori ward proposal was defeated in spite of Maori constituting 46 percent of their electoral population.

Maori Wards are provided for in the Local Electoral Act 2001. Under the Act, councils can opt to consider Maori seats through a referendum process, as the Far North has done. If councils decide to introduce Maori seats unilaterally, without asking residents and ratepayers, the decision can be challenged if 5 percent of local electors support the call for a referendum. All referendum decisions are binding on councils for the following two elections.

The reality is that New Zealanders do not want to be defined by race – not even those of Maori descent. The only people who want to divide the country by race are a small but vocal minority of tribal activists and supporters – supporters like Mayor Andrew Judd in New Plymouth, who has called for a law change to require half of all local authority council representatives to be Maori “because they’re our treaty partner”.

While sovereignty advocates know that reinventing the Treaty of Waitangi to claim that Maori are equal partners with the Crown is the key to achieving electoral privilege, the public can see through this cultural veil. They believe that if iwi want representation on their local council, then rather than demanding special privileges or seats based on race, their candidates need to work hard and stand on their own merits, like every other aspiring councillor. But they also need to show that they have the best interests of the whole community at heart since voters in local body elections tend to support candidates who will work for the community at large, rather than a segment of it.

That of course does not suit the ruling elite within Maoridom who say they need to be at the council table, “but should not have to rely on voters’ whims to get there”. As a result, in many parts of the country, corporate iwi are attempting to bypass local democracy and bring their representatives onto councils by the back door. They are pressuring councillors to appoint their delegates onto councils with voting rights. But any such move would fundamentally alter the democratic makeup of a council, and by convention, major constitutional change should only be undertaken with the express approval of voters through a public referendum process.

In fact, any change to the way people gain a vote around a council table should be subjected to the same checks and balances as the establishment of Maori wards, whereby section 19Z of the Local Electoral Act gives a local authority the right to introduce Maori wards, and section 19ZB gives local electors the right to challenge that decision through a binding poll.

That such provisions do not apply when councillors appoint Maori representatives onto a council with voting rights – despite the effect being virtually the same as creating a Maori ward – is probably due to the fact that when the original law was drafted, gaining Maori representation on councils via appointment rather than election was not something that had been contemplated.

However, times have changed, and local electors should have the same right to challenge a council decision – through a public referendum process – if council appointees are granted voting rights that have the effect of changing the voting make-up of an elected council. Changing the Local Electoral Act along these lines is a fundamental issue of democracy, not race.

It is the duty of elected councillors to put the interests of the wider community ahead of the demands of powerful vested interests who want to control the local government decision-making process. That’s why the Far North District Council needs to think very carefully about their next move, now that the Maori ward referendum result is in. They have already indicated that if the proposal failed they would need to consider alternative non-electoral means of ensuring effective Maori representation. But given that their community has categorically rejected race-based representation, they need to reflect on what their obligations under the Local Government Act actually are.

The Local Government Act requires councils to “provide opportunities for Maori to contribute to the decision-making processes of the local authority” and to consider ways of fostering the development of Maori “capacity”. However, the Act also states very clearly that councils must prioritise the good of the whole community. That’s why many councils around the country have discharged their responsibilities by establishing local Maori liaison committees or advisory boards – they are not required by law to do any more than that.

New Plymouth will be the next local authority to hold a referendum on Maori seats. Last year Mayor Judd pushed for the establishment of a Maori ward after his proposal to appoint unelected iwi representatives with full voting rights onto council committees was defeated.

However, the Maori ward proposal was challenged under the Local Electoral Act by local resident Hugh Johnson, a retired engineer and former Lower Hutt councillor, who collected 4,248 signatures – far more than the 2,700 needed – for a petition forcing a referendum on the matter. Registered electors in the district will receive voting papers from April 24, and the poll will close at noon on May 15. The result will be announced later that day.

Mr Johnson explained that he had called for a referendum because voters should have a say in a change as fundamental as the establishment of a Maori ward. “I believe we are one country, one lot of people, not divided. The Maori seats in Parliament separates the Parliament and we don’t need to spread it out into the local government area. It’s as simple as that. If you wanted to get voted on council, you go through one voting system.”

Last year the issue of establishing Maori wards was also raised in Tauranga, but was opposed by the City Council. However, iwi representatives on the city’s Tangata Whenua Collective, an advisory body made up of iwi members and councillors, are now calling for greater decision-making powers. The matter is being considered by the council.

It is the same story in Rotorua. While the district council rejected Maori seats, saying there was no mood in the community for race based representation, they are nevertheless considering appointing iwi representatives with voting rights onto the council. This is yet another case where a council’s plan to make fundamental constitutional changes to local democracy, by altering the voting make-up of the council, should be subjected to challenge by local electors through a public referendum process.

The usual arguments used by the iwi elite to pressure public officials and justify their demands for preferential treatment come from their claims that they are Treaty partners with the Crown and that they did not cede sovereignty.

In 2013, Judge Anthony Willy, a retired District Court Judge and former Canterbury University Law Lecturer, investigated the voracity of these claims for the NZCPR. On the question of partnership he found, “There is not, and never has been a constitutional partnership between the Crown and Maori people”. He explained that under the Treaty of Waitangi, Maori and the Crown are not partners in any sense of the word, but rather, owe each other duties of good faith which are akin to those owed by parties to a commercial transaction. He concluded, “Indeed it is constitutionally impossible for the Crown to enter into a partnership with any of its subjects.”

In this week’s NZCPR Guest Commentary, Judge Willy explains that the answer to who holds sovereignty over New Zealand can be found in the instructions given to Captain William Hobson by the Secretary of State for the Colonies, Lord Normanby:

“The official British Government position concerning who exercised sovereignty over New Zealand at the beginning of the nineteenth century is summarised in the instructions given by Lord Normanby to his appointed Consul Captain William Hobson before he sailed for New Zealand on the 25th August 1839.

“Her Majesty’s government has authorised you to treat with the aborigines for the recognition of Her Majesty’s sovereign authority over the whole or any part of those Islands which they may be willing to place under Her Majesty’s dominion… It has therefore been resolved to place whatever territories may be acquired in the sovereignty by The Queen in New Zealand.”

“This is precisely what happened. Hobson treated with as many of the native chiefs as he was able to muster and after much debate for and against (as was forecast by Normanby in his instructions) they signed the various iterations of the Treaty of Waitangi making it clear beyond any doubt that by virtue thereof sovereignty over New Zealand passed to the Crown.”

Judge Willy concludes with this comment, “It seems to me equally idle to now contend (as I understand does the Waitangi Tribunal) that the only sovereignty obtained by Britain was in relation to those chiefs who signed the Treaty. The fact is that since the signing of The Treaty New Zealand has been governed as one sovereign state with, until recently the acquiescence of the overwhelming body of its peoples. As a lawyer would say that is both a de facto and a de jure recognition of a settled state of affairs and cannot now be called into question.”

Through his investigations, Judge Willy has found that the two claims being used by tribal activists to push for special privileges, namely that iwi are Treaty partners with the Crown, and that they did not cede sovereignty, are factually incorrect. They are myths that are being carefully nurtured and embellished by tribal corporations in their pursuit of power and control over public resources.

All local body and central government politicians, who allow themselves to be persuaded by these fallacies, should recognise they are being manipulated – and by distorting public policy decision-making through such misrepresentations, they are not serving their communities well.

If unelected representatives with voting rights are appointed onto councils, should the Local Electoral Act be amended to enable local electors to challenge such decisions through a public referendum process?