Tax Cuts vs Working for Families 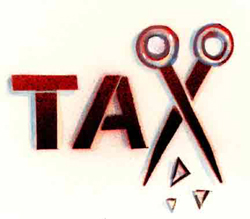 Labour has turned families with household incomes of $120,000 into beneficiaries with Working for Families. I am delighted that National is keeping its options open on whether to keep the latter portion of WFF, and have actual tax cuts instead of welfare.

Dr Cullen and the PM are delighted, because they think they can smear National as taking money from the poor to give to the rich. And there is some political risk that they may gain some traction, as it can be complex to explain the actual position and rebut a soundbite.

The reality is much of WFF involves taking tax money off low and middle income taxpayers and giving it to wealthy families with children. If you are single and earning $40,000, you are helping subsidise the family on $120,000 with four kids.

The mad thing is that the family on $120,000 is also subsidising themselves. They are paying extra tax, just to have some of it come back to them. This is what is called tax churning. It is highly wasteful and inefficient.

The good thing is that polls have shown most non low income families would prefer to simply pay less tax, than receive WFF welfare payments or tax credits (which they have to apply for). They instinctively know that state welfare is best targeted to those who need it. What they want from the Govt is an economy with low inflation, low unemployment and low interest rates.