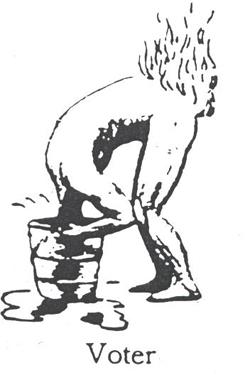 The illegal misuse of taxpayer funds by parliamentary parties to pay for their 2005 election campaigns was the biggest scandal to come out of that election. The Auditor-General Kevin Brady made a ruling – based on Crown Law advice – that $1.2m of taxpayer money had been illegally spent by most parties (and in particular the Labour Party). Despite promises to fix this problem to prevent it happening again, the Government has just announced a backroom deal has been reached that will actually make the matter worse by allowing the parliamentary parties even more scope to misuse the funding.

It was public outrage that caused Labour to pay back its pledge card and associated illegal expenditure, and to also drop plans for full state funding of political parties.  The challenge is to get the public to realise that Parliament is about to both legalise future pledge cards, exempt them from spending limits and allow for much greater abuse of parliamentary funds.

Bryce goes on to explain:

The Labour Government has cobbled together the support of a number of minor parties to push through new parliamentary spending rules that will ensure that the millions of dollars of taxpayer funds can more easily be used for party political purposes without the Auditor General being able to prevent or complain about their use.

And then Bryce looks at the overall effect of what Labour is doing:

The upshot of all of this – in the context of the current attempts to ‘reform’ political finance in NZ – is that it seems that the Labour Party and its supporting parties are combining three strategies to ensure their own advantage: [1] increasing their state funding; [2] ensuring the rules for the use of the funding still facilitate its party political use; and [3] using the Electoral Finance Bill to clamp down on any other groups spending their own money on politics. Combined together, these strategies are a formidable attempt to tilt the playing field in a certain direction whereby the Labour Party win and many others lose.

In other words, they are worried they can’t win a fair election, so they are changing the rules to ensure an unfair contest they can win.