Saturday's Dominion Post reported that the National Party had spent $90,000 of its Parliamentary budget on a database system allowing them to track voters. The National Party is defending the spending on the basis that the database allows them to 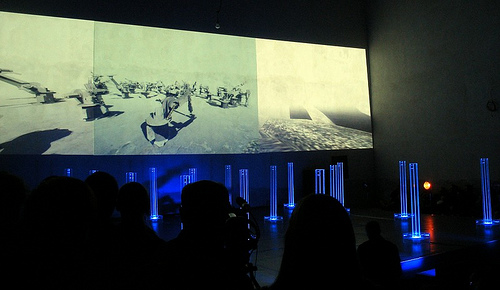 do electoral surveys, get mail, do mail-outs, all those kind of things ... basically it's a database that enables them to communicate with their constituents.

and that this sort of communication is a core part of an MP's job. I agree entirely. Keeping track of constituent's concerns is something MPs ought to be encouraged to do, and this sort of database seems like just the tool they should be funding out of Parliamentary expenditure to do it. However, the Auditor-General may not agree.

As people may remember, last year in a review of Parliamentary Services advertising expenditure, the Auditor-General controversially ruled that if Parliamentary spending had any "electioneering" purpose whatsoever - if it was used to persuade a voter to vote in a particular way - then it was unlawful. Note that that's not "entirely", or even "substantially" - the ruling was that

any significant reference to electioneering is likely to "taint" the remainder of a publication or other communication (i.e. infect it with an electioneering purpose).

The Auditor-General only looked at advertising - but the same principle surely applies to other Parliamentary expenditure. The key question for the database then is whether it was used at election time. If it was, then the spending is clearly unlawful, and by its own standards, the National Party is morally obliged to pay the money back.

What this goes to show of course is just how mistaken the Auditor-General's ruling was. Explicit electioneering is one thing, but if MPs can't do core Parliamentary business such as running newsletters, holding public meetings, or communicating with their constituents for fear that someone somewhere might be persuaded to vote for them, then they pretty much can't do anything.