Good policies do not have international borders. What works in one country, can often be successfully adapted and used in another. For policy analysts, general elections provide a rich hunting ground for cutting edge policy options – and the United Kingdom’s 2015 general election on May 7 is no exception. 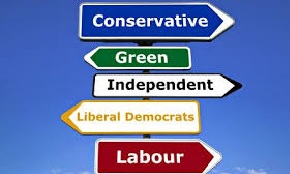 The fact that the ruling Conservative Party has put welfare reform at the heart of its manifesto, is of particular interest to New Zealand, since the National Government has also prioritised social welfare.

British Prime Minister David Cameron put his party’s focus into perspective when he explained, “Our welfare reforms are a key part of our long-term economic plan. They are not just about saving money. They are about changing lives and making this a country that rewards work.”

Under the direction of Iain Duncan Smith, a former leader of the Conservative Party, great progress has already been made over the last 5 years in turning around the UK’s entrenched culture of welfare dependency. This week’s NZCPR Guest Commentator Matt Ridley, a Member of the House of Lords and an acclaimed author, explains:

“The government’s reforms, pushed by Iain Duncan Smith, are indeed a crucial cause of the surprising surge in employment. The reforms have indeed used tough love to push people back into the workforce and off welfare. As long as they are no worse off, this is no bad thing. Given that welfare has treated people like children and conditioned them not to take responsibility for their lives, it is a good thing.

“For example, early trials found that making unemployment claimants sign contracts in which they promise to look for work (which is now universal) frightened quite a few people off the system straight away — they had been working while claiming to be unemployed. Regular re-testing of those who claim sickness benefits has brought many fit people back into the labour force, while actually increasing benefits for some of those whose conditions have deteriorated. Paying work programme providers by results, so that if they get people back into employment they get a bonus, has worked.

“And yes, the threat of sanctions if claimants do not treat unemployment benefits as a wage for the full-time job of looking for work has helped”.

Another policy that has been very successful in driving down welfare numbers, as well as being very popular with the public, is the benefit cap on households. The benefit cap was introduced to ensure that households reliant on welfare no longer receive more than the average take home pay of working households. If re-elected, the Conservatives have pledged to lower the benefit cap from £26,000 to £23,000.

The party has also pledged to tackle the difficult problem of youth unemployment. They want to prevent young people from going down the “well worn path” from the school gate to a life on a benefit. Under their “earn or learn” proposal, 18 to 21 year olds who have been jobless and out of education or training for six months, will be barred from claiming benefits unless they agree to start an apprenticeship or complete 30 hours a week of community work – such as making meals for the elderly or cleaning up public spaces. This ‘Youth Allowance’ is designed to give young people much needed work experience, as well as subjecting them to the disciplines of the workforce.

The party also intends cracking down on almost 100,000 people who are claiming sickness benefits, but are suffering from treatable conditions such as drug or alcohol addiction, or obesity. Since many have never even tried to get medical help, David Cameron has promised to introduce incentives to encourage them to begin treatment so they can go back to work. He says taxpayers should not be forced to fund the benefits of people who refuse treatment that could help them back into employment: “Too many people are stuck on sickness benefits because of issues that could be addressed but instead are not.”

Another policy proposal that is proving very popular with UK voters is the restriction of welfare payments to new migrants.

Between 1997 and 2009, under the previous Labour Government, most of the employment growth in Britain was accounted for by foreign nationals. This was largely the result of the open border policies of the European Union, which required member countries to allow the free movement of labour. The problem is that with the various EU countries now having vastly differing living standards, the flow of labour from poorer to richer countries has not only resulted in jobs being taken by foreign workers instead of nationals, but it has increased the pressure on welfare costs as new migrants gain access to benefits.

Growing public concern over this matter in the UK has resulted in most political parties taking a relatively hard-line approach to immigration.

The Conservatives have pledged to re-negotiate EU migrants’ rights of “free movement” with Brussels, ahead of their promised referendum on EU membership in 2017. In the meantime, they plan to control migration by not only restricting access to welfare benefits, but also by clamping down on illegal immigration through a ‘deport first, appeal later’ policy. By enabling illegal immigrants to lodge their appeals from their home countries, the racket, whereby thousands prolong their stay in Britain, by lodging strings of appeals and judicial reviews that can go on for years, will end.

While migrants’ access to welfare has already been curtailed, if re-elected, the Conservatives intend to not only stop EU migrants from claiming any job-seeking benefits at all, but they will require them to leave the country if they haven’t found a job within six months.

Migrants will also be banned from applying for council houses, or other welfare allowances – until they have been living in the country for at least four years.

The Labour Party is also taking a tough approach, with plans to restrict benefit availability for two years, and to strengthen border controls to stop illegal immigration. The Liberal Democrats, which call themselves the only real “internationalist” party, have a softer stance with a proposed restriction on the receipt of some benefits for 6 months. The UK Independence Party wants to impose strong restrictions through a Migration Control Commission, and they would crack down on illegal immigration through improved policing technology. The Greens, however, would encourage migration and enable illegal immigrants who had lived in the county for five years to remain permanently.

With an estimated 1 million illegal immigrants in the UK, immigration has been a hot topic during the election campaign. The issue has now taken on a new urgency as a result of the asylum seeker tragedies in the Mediterranean.

In particular the drowning of more than 900 asylum seekers aboard a people smuggling boat off the Libyan Coast earlier this month, has raised concerns over illegal immigration to new levels. Altogether, more than 1,750 migrants have drowned in the Mediterranean this year.

To complicate matters, officials fear that it is not just refugees from Middle East battlefields who are using people smuggling boats to enter Europe, but terrorist fighters as well. The Islamic State has claimed it has already smuggled more than 4,000 militants posing as refugees into Eur­ope.

In searching for answers to this crisis, the European Union should study carefully the policies introduced by Australian Prime Minister Tony Abbot just after his election in 2013. Operation Sovereign Borders was enacted in response to six years of unprecedented tragedy during the previous Labour administration when an estimated 1,200 people perished at sea as more than 800 boats, 51,000 asylum-seekers and 8,400 children arrived in Australia, mostly from Indonesia.

Since the new policy was introduced 17 months ago, there have been no deaths.

Australia now has a strict policy of turning back asylum seekers’ boats in a bid to discourage them from even trying to reach Australia. Not only that, but they have also banned asylum seekers, who do manage to arrive by boat, from ever being settled in Australia. Any asylum seekers who do reach Australia are instead held in detention camps on Nauru and Papua New Guinea. Any genuine refugees are given the option of being resettled – not in Australia, but in Cambodia. Many are now choosing to return to their home countries.

Retired Major General Jim Molan, the co-author of Australia’s hardline border-protection regime, has some strong words for European policy makers in an article in The Australian: “Europe needs to make a very big decision and to make it soon. If it does not want to control its borders then it should establish a sea bridge across the Mediterranean, let everyone in who wants to come, and not let these people die. If it does want to control its borders, as the most recent voting patterns in almost every country of Europe indicates, European governments should realise that border control can be done and start showing a bit of leadership.”

There are many other interesting policies on offer in the UK election.

On the economic policy front, the Conservatives plan to raise the tax-free threshold from £10,500 to £12,500 so that most people on the minimum wage would pay no tax, they would raise the threshold for the 40 percent tax rate from £42,385 to £50,000, and they would prioritise paying off the deficit without raising taxes.

Labour would bring back the 50 percent top tax rate, introduce a new “mansion tax” on homes worth more than £2 million, and scrap the “non-dom” tax status of British citizens who do not pay tax on overseas-earned income.

In education, the Conservatives have pledged a refocus teaching on the “three Rs” of reading, writing and maths, with “demanding new targets”. They also plan to give schools judged by Ofsted (their equivalent of our Education Review Office) as “requiring improvement” or “inadequate”, new leadership or convert them to academies. In comparison, the Greens want to scrap Ofsted, “because of the stress that it causes teachers”.

As far as defence is concerned, a key issue is Trident, which provides a continuous at-sea nuclear deterrent through four Royal Navy submarines armed with nuclear warheads based at Clyde on Scotland’s west coast.

Both of the main parties have pledged to maintain Trident, the Liberal Democrats would downgrade it, UKIP would change it, and the Greens would scrap it. The Greens also want to scrap the Army, turning army bases into ‘nature reserves’ and converting the arms industry into ‘wind turbine producers’. They want to reassign Armed Forces’ personnel to ‘policing fishing quotas, piracy and oceanic environmental regulations’. They say that ‘Any threat of invasion that might arise in the future is so remote that realignment of the UK military and defence preparations would be possible long before any invasion occurred’.

This along with their other bizarre policies, have earned the UK Greens the title of a “Looney Tune” party – a label that has also been applied to the NZ Greens.

The latest polls put the Conservatives and Labour neck and neck at 33 percent, UKIP at 14 percent, the Lib Dems at 8 percent, and the Greens at 5 percent. In spite of not having MMP, the future government of the UK will again be a coalition, which raises the interesting question of whether New Zealand really needs MMP after all!

Which of the following British Conservative Party policies would you like to see considered for New Zealand?
- a household benefit cap
- a 4-year ban on migrant access to welfare
- a ‘deport first, appeal later’ policy for illegal immigrants
- a stronger focus on teaching reading, writing and maths
- none of the above