New Zealand has been a trading nation from the earliest of times. During the Australian gold rush in the 1850s, a thriving export trade in foodstuffs was created and a fledgling wool industry established. 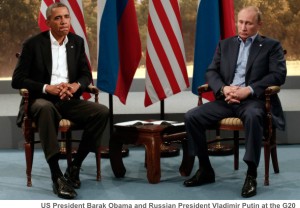 With the development of refrigeration, trading opportunities opened up with England and the first refrigerated meat was shipped in 1882. Prices, which were set by inter-governmental agreement, resulted in New Zealand’s living standards rising to amongst the highest in the world.

Changes in Britain in the early 1950s impacted heavily on New Zealand. Export price guarantees stopped in 1955 as Britain turned to Western Europe. As a result of Britain joining the EEC in 1973 – and the oil shock in 1974 – New Zealand’s exports declined significantly, and living standards fell from third in 1953 to 22nd place by 1978.

The economy was heavily regulated and riddled with the sort of protectionism that saw a doctor’s certificate being required by anyone wanting to purchase margarine – in order to protect the dairy industry – and nylon carpets being banned – to protect the wool industry.

The Muldoon Government began the process of liberalising trade and broadening our economic base by signing a free trade agreement (CER) with Australia in 1983. The Lange Labour government removed import protection and reduced tariffs.

Bilateral, regional and multilateral trade agreements expanded New Zealand’s markets. The Uruguay Round (eight years in the making) came into effect in 1994, introducing trade quotas for New Zealand with the EU, Canada, the US and other nations. Bilateral Free Trade Agreements were signed with Singapore in 2001, China in 2008, and ASEAN in 2011.

Without a doubt, New Zealand’s future depends on global markets. As a small nation, we cannot get rich by selling to ourselves. Looking ahead, the real opportunity for local businesses is to expand their customer base by selling overseas. That’s why the main focus of the government should not only be on opening up new trading opportunities around the world, but also on ensuring domestic rules, regulations and policies, encourage New Zealand businesses to export.

Two years ago the government set a goal of increasing the returns from New Zealand exporters from 30 percent of GDP to 40 percent by 2025. As a result, major efforts are being made to improve access to global markets, to expand international education, to grow the returns from tourism, and to increase the focus on exporting higher value goods and services.

A massive growth opportunity exists in Asia, where half a billion people are currently in the middle class. By 2020 this is expected to treble to 1.7 billion, and by 2030, it will grow to 3.2 billion potential consumers of New Zealand’s goods and services!

Over the last few weeks, the government has made great strides in improving access to international markets. A new free trade deal has been signed with South Korea, our bilateral ties with Germany have been strengthened, a free trade deal with the European Union is now under consideration, the free trade deal we have with China is being upgraded, and the long-awaited Trans-Pacific Partnership Agreement (TPPA) is moving closer to being finalised.

The TPPA is a proposed regional free trade deal between 12 countries in the Asia-Pacific region – New Zealand, Australia, Brunei, Chile, Japan, Malaysia, Peru, Singapore, United States, Vietnam, Mexico, and Canada. Negotiations began under Labour in 2005 and were supposed to be concluded in 2012, but some issues have been so contentious the parties have been unable to agree.

With five of our top 10 trading partners – Australia, the US, Japan, Singapore and Malaysia – involved in the negotiations, it has been estimated by the East West Centre that the deal could increase New Zealand’s GDP by almost 1 percent – around US$2 billion – by 2025, through a reduction of tariffs and compliance costs, as well as the opening up of new opportunities, such as the ability to bid for government contracts, in those overseas markets.

The free trade deal with South Korea, which took five years to negotiate, is expected to save the country $65 million in duties in the first year alone. With New Zealand businesses paying $229 million a year in duties and tariffs, including a 45 percent rate on kiwifruit, 40 percent on beef, 22.5 percent on lamb and 89 percent on butter, some big gains are expected over the next decade.

Trade between our two countries is relatively evenly balanced – we export almost $2 billion worth of goods and services to South Korea and import about $2 billion worth of their products. Since New Zealand’s trade barriers have essentially been removed over the years, Kiwi exporters are expected to gain the most from this deal.

South Korea is our fourth-largest source of foreign students and seventh-largest source of overseas visitors. This highly urbanised population of 50 million has disposable income and is ageing fast. So while our main primary exporters will be the first to gain from this free trade deal, new opportunities should emerge for producers of high-value food and health products – as well as for our tech sector, as it rubs shoulders with a high-tech super power.

The German Chancellor Angela Merkel and Prime Minister John Key pledged stronger ties between our two countries as they reaffirmed our bilateral arrangement during her recent visit to New Zealand. The German Chancellor also gave the prospect of a Free Trade Agreement between New Zealand and the European Union a boost by indicating her support. A free trade deal with the EU, our third largest trading partner with over $16 billion in two-way trade, will be progressed next year.

The Prime Minister is also optimistic about a free trade deal with the Gulf States after talks with Saudi Arabia Crown Prince Salman bin Abdulazi – signalling that he may visit next year in support of FTA talks.

As details of Australia’s newly negotiated free trade deal with China emerged, concerns were expressed that their exports could become more price-competitive than ours. However, during his visit to New Zealand, China’s President Xi Jinping promised to upgrade our FTA to ensure NZ is on the same level playing field as Australia when it comes to the dairy trade.

Speaking about our concerns, President Xi said, “China has 1.3 billion people and our market is huge. Fine quality products from New Zealand ranging from dairy produce, wool, beef and seafoods are highly popular among Chinese consumers. So worries that New Zealand does not have a market for its products in China are totally unnecessary. On the contrary. Possibly New Zealand might have to worry about the fact there is more Chinese demand than you can possibly supply.”

President Xi also mentioned future opportunities: “The two sides should focus on creating new bright spots in our economic co-operation and fully tap the potential in such fields as financial services, information technology, bio-medicine, energy conservation and environmental protection. All these areas are the areas China is focusing on developing right now where New Zealand also happens to be very competitive.”

On November 15 and 16, the Prime Minister attended the annual Group of Twenty (G20) meeting in Brisbane as a guest. The G20, which started in 1999 as a meeting of Finance Ministers and Central Bank Governors in the aftermath of the Asian financial crisis, is the premier forum for the world’s most powerful countries to come together to discuss international economic cooperation and decision-making. The G20 Membership consists of Argentina, Australia, Brazil, Canada, China, France, Germany, India, Indonesia, Italy, Japan, Republic of Korea, Mexico, Russia, Saudi Arabia, South Africa, Turkey, the United Kingdom, the United States and the European Union.

A key area of focus is on improving economic growth. A target has been set of lifting G20 GDP by at least an additional 2 percent by 2018. This would add an estimated US$2 trillion to the global economy and create millions of jobs. With G20 members representing around three-quarters of global trade, and with trade liberalisation a major way to lift growth, the forum was well-placed to make some real progress.

According to the World Trade Organisation, global trade will grow at 3.1 percent in 2014 – an improvement on the 2.1 percent growth seen in 2013, but well below the average of 6 percent annual growth achieved from 1980 until the onset of the global financial crisis. Obstacles to trade that were discussed, included reducing the cost of trading across borders and improving participation by businesses in regional and global value chains.

The only acrimony reported during the G20 meeting was towards Russian President Vladimir Putin, over his actions in the Ukraine. Tensions had escalated ahead of the Summit when a fleet of Russian warships were stationed off the coast of Australia in an apparent show of strength. There were reports that the Russian leader was repeatedly criticised by his peers, and that was no doubt behind his decision to leave the meeting early.

Without a doubt, the economic sanctions on Russia, imposed by the United States, the European Union, and other Western governments over the Ukraine crisis, are having a major impact.

This week’s NZCPR Guest Commentator, Ambrose Evans-Pritchard, the international business editor of The Telegraph, has kindly given his permission for us to publish his excellent analysis of why Putin’s Russia is in such a weakened state:

“Russia had a window of opportunity at the end of the Cold War to build a modern, diversified economy, with the enthusiastic help of the West, before the ageing crisis hit and the workforce began to shrink by 1m a year. This chance has been squandered. Mr Putin’s rash decision to pick a fight with the democratic world has made matters infinitely worse. Cheap oil could prove to be the death knout.”

The article examines the role of Saudi Arabia in the oil crisis that led to the collapse of the Soviet Union, and it looks at the parallels today: “Russia’s reserves of cheap crude in West Siberian fields are declining, yet the Western know-how and vast investment needed to crack new regions have been blocked. Exxon Mobil has been ordered to suspend a joint venture in the Arctic. Fracking in the Bazhenov Basin is not viable without the latest 3D seismic imaging and computer technology from the US. China cannot plug the gap.

“Andrey Kuzyaev, head of Lukoil Overseas, said it costs $3.5m to drill a 1.5 km horizontal well-bore in the US, and $15m or even $20m to drill the same length in Russia. ‘We’re lagging by 10 years. Our traditional reserves are being exhausted. This is the reality for our country.’ Lukoil warns that Russia could ultimately lose a quarter of its oil output if the sanctions drag for another two or three years.”

The article serves as a grim reminder about just how quickly a country’s economic fortunes can change. To protect a nation’s living standards, the broadest possible economic base need to be built that not only embraces innovation and leading edge technology, but welcomes free trade as the best way to expand markets and boost economic growth.

Do you agree that free trade agreements provide positive benefits for New Zealand?