A window of opportunity presents itself to amend the egregious errors of the flawed proposed Auckland unitary plan.

Original submitters on the plan have been emailed by Auckland Council’s John Duguid, Manager Unitary Plan, to tell them they have until 5pm, 22 July 2014, “for lodging further submissions, either in support or opposition to original submissions.”

Those lucky enough to receive this email should get cracking because time is slipping away to have their say. 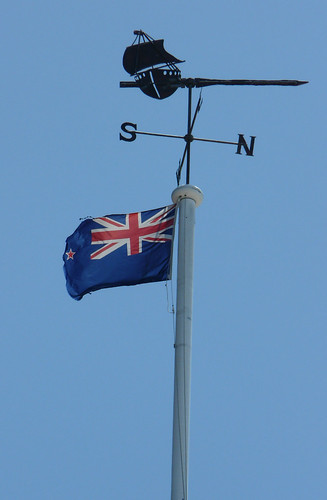 Of particular note, there are 3954 references to mana whenua in Auckland Council’s tabulated summary of submissions received, which suggests a lot of additional submitting to do by those opposed to the racialization of the unitary plan in favour of Auckland’s Maori.

Maori tribal interests have made sure to get numerous submissions in under the mana whenua category demanding extra concessions, many disguised under obscure Maori names.

It is heartening to learn that at least the Conservative Party, out of all the political parties gearing up for the general election, got in a submission against the blatant racial bias of the unitary plan.

There is a wider general election issue that political parties like the Conservatives could garner ballot box support from right across New Zealand, namely ever-increasing public disquiet over the way that local government is being racially reorganized and hierarchialized under “Treaty partnership” dogma.

At the local government level, this dogma mirrors the pernicious misconception prevailing in central government circles that a literal partnership exists between the Crown as sovereign power and sundry Maori tribes which supervenes on normal democratic processes and overturns equality of all New Zealanders before the law.

With creation of the Auckland supercity in 2010, the ruse to impose and normalise Treaty partnership at the local government level was effected by way of the first Key National government legislating into existence the Independent Maori Statutory Board (IMSB) as the Trojan horse.

Former Act Party leader Rodney Hide was the Minister of Local Government charged with steering through Auckland supercity legislation and opposed formation of the IMSB.

His stand was defeated by a nefarious pro-IMSB deal cooked up between National and the Maori Party, but Act has earned a worthy legacy of opposing racial privilege.

Aucklanders with party votes to cast at the general election could well take notice of political parties that supported the IMSB’s disestablishment.

The Local Government Commission has been promoting IMSB lookalikes around the country, especially up in the Far North and in Hawkes Bay, a campaign unpopular with many residents of those regions.

Rotorua is riven by the incumbent council’s determination to ram through an undemocratic Treaty partnership governing structure with Maori tribes.

Wherever you look around the country, you’ll find misguided official attempts underway to racialize local government that large numbers of party vote-wielding ratepayers and residents oppose and want to stop.

The general election issue is there for the taking, needing reform of local government laws that support race-based privilege, and is an uncommon example of how local politics can coalesce with national politics.

Muriel Newman of the New Zealand Centre for Political Research has recently pointed out in an article “Undermining Representative Democracy” that at one stage even National had the gumption try and rid New Zealand of racism in local government.

“In 2006, an attempt was made to abolish race-based representation in local government by Bay of Plenty MP Tony Ryall through a private member’s bill, Local Electoral (Repeal of Race-Based Representation) Amendment Bill,” she writes.

“The Bill would have repealed the changes made by the Labour Government in 2001 – the Bay of Plenty Regional Council (Maori Constituency Empowering) Bill which created three Maori wards against the wishes of the local community, and the Local Electoral Act which contained provisions to introduce Maori seats in any local government area.”

“In his speech to Parliament on his Bill, MP Tony Ryall stated, ‘The National Party view, which we enunciated in our election policy at the last election, is that race-based representation is no longer needed in New Zealand, either at a parliamentary level or a local government level. We believe that it is divisive.’”

Mrs Newman notes that although the Bill was defeated, “National, New Zealand First, and the Independent MP Gordon Copeland voted for it.”

The centre right could again work together to promote a Ryall-style bill ending racial discrimination in local government law and this time doesn’t  need Parliamentary voting support from the Maori Party as the spoiler.

Together, National, Act, the Conservatives and New Zealand First could do it and should be held to account by voters to achieve this reform soon after the next election.