When Conservative Party leader Colin Craig announced he was standing in the East Coast Bays electorate I hardly felt like it’d be a change in guard. I’m no fan boy of Colin Craig or admirer of Murray McCully. Both men have undelivered on their prosperity promises, although notably only one has got the position of influence to do something about it, while the other is only talking tough...for now. 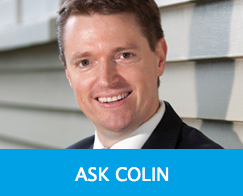 Mr Craig and his campaign team have done a rather poor job promoting his strongest policies. While everyone knows the Conservatives bottom line is binding referenda, few know of their $20,000 tax break policy, one rule of law and their wish for a stronger justice system. Sneaking in a quick word about those policies during radio, television and newspaper interview surely can’t be that difficult...can it?

Mr McCully by contrast is the seasoned campaigner having been in the East Coast Bays electoral seat since 1987. One cannot look at his current position without questioning what exactly he has done to deserve such unwavering support from the East Coast Bays electorate. Many people keep on voting for him of the basis he has held the seat for so long and don’t think much past that. If the same reasoning is used with Peter Dunne there is some serious need to reflect. 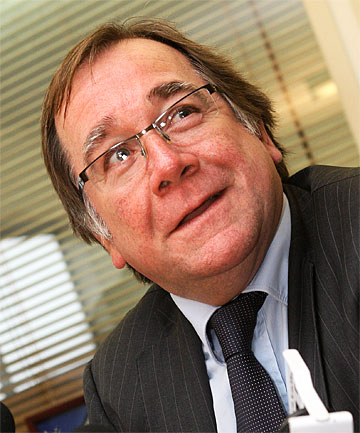 Why doesn’t Mr. McCully deserve any plaudits? Consider that has seen more Free Trade Agreements signed off than any other foreign affairs minister, falsely believing it’ll help New Zealand. If the China example is anything to go by, the FTAs will benefit the other nation more than it will benefit us. How about the huge amount of applause and compassion which he dishes out to Hillary Clinton, a woman so prone to lying she couldn’t help but claim once that she had been named in honour of Sir Edmund Hillary; or more recently the round of applause for William Hague, an British MP who’s handling of Syria was abysmal. Mr McCully’s also needs to shake off the fantasy that sending New Zealand soldiers is somehow going to help Afghanistan in the long term.

Colin Craig may be more personable than McCully but his political positions are difficult to navigate through. For example where is the line drawn between his party standing up for a policy and a policy being put to a public referendum? Why is Mr Craig so determined to threaten legal action against a satirical website? Filing a lawsuit against Russel Norman- who he could have blown out the water for making some questionable statements-was also a mistake, leaving some people to think he can’t help but file a lawsuit against anyone who disagrees with him. The self made millionaire is also sadly mistaken in his belief that New Zealand was experiencing some kind of Golden Age a few decades ago. We never have been and never will be in a Golden Age.

Mr McCully is in many ways a Gordon Brown personality with a Tony Blair brain. “Can I just please put that on the record” “materially improve” “it will to need to embrace globalisation” and so on and so on. The repeated hollow clichés and empty rhetoric coupled with a rather flat, boring personality seem at ends with Craig’s easygoing demeanour.

Most people are undecided in East Coast Bays. Should they continue voting for the same candidate or try the chance with a new one?

Single Parent Families are encouraged by the Government

Single parent families are a serious problem in New Zealand. While a Government can’t force parents to stay together, it can certainly do some things to encourage it like offer free relationship counselling. When families do split up, it is often the fathers who are absent in the children’s lives. A large body of evidence shows that children who grow up in single parent homes are more likely to suffer from emotional problems. 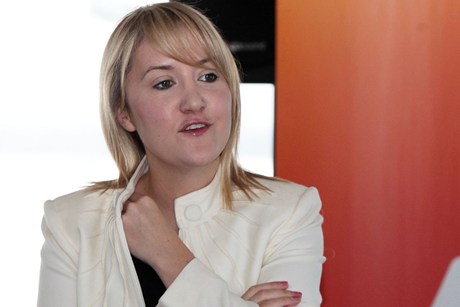 With that in my two simple questions to the Honourable Nikki Kaye were about that topic. “What has the National Party (and more specifically Ms Kaye) done to keep encourage parents in a relationship to stay together rather than split up or divorce? And why has Ms Kaye (an apparent advocate for having children in loving homes) remained silent on the issue?” Her answer (unsurprisingly) was that children deserve to be raised in loving homes regardless of the structure. Does she really think a single parent home is just as effective as a two parent home so long as it’s loving? If both households were equally loving which one do you think would be more effective?

Those who are considering voting for the Internet Party need to consider three things. Hone Hariwira, an open advocate for superior treatment for Maori is in alliance with the party for the campaign. Two, the party rather idealistically believes that embracing technology seems to be the solution to everything. Three, the Party leader Kim Dotcom is a twice convicted criminal. If he was so willing to bend the rules twice for his own gain, what’s to say he won’t do it again?

The face of a selfish man

Anyone who serves their country in military duty ought to be recognised and thanked daily by those of us who take it for granted. These are the people who will be in dangerous parts of the world fighting wars their country leaders have started.

Jeremy Meeks meanwhile is a selfish man, completely undeserving of the praise and accolades many people have given him. It includes a lucrative modelling offer and a fundraising campaign to pay for his bail. Why such sympathy? Has he been wrongly accused? No, Mr. Meeks is merely a good looking gentleman. That apparently entitles him to being released without serving time for the crimes he has committed. The left wing is happy. Case closed!

I strongly recommend anyone who loves natural landscapes get their hands on a copy of Anthony Powell’s brilliant film Antarctica: A Year on Ice. This brilliant film explores the vast ice continent and the people who remain there through winter. It captures the unique bond man once had with nature, before “progress” took place.