Noosa, a seaside township of some 30,000 residents on Australia’s Sunshine Coast, was established as a local authority in 1910. In 2008, following the recommendations of the Local Government Reform Commission, it was disestablished by the Queensland Government and amalgamated into a Sunshine Coast Council. A total of 157 councils were consolidated into 73 during Queensland’s reform period. 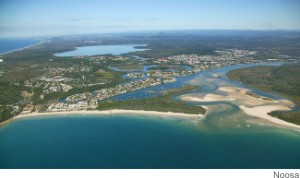 Noosa residents were deeply unhappy about the forced amalgamation and the removal of local democracy. They vowed to fight back, and in the lead up to the State Government elections in 2012, they, along with three other Queensland communities, won the right to de-amalgamate.

The “de-amalgamation” vote in 2013 was supported by over 80 percent of Noosa residents. They rejected the forced amalgamation agenda of the central planners, who saw super-councils as the way of the future. The other three Queensland communities also succeeded in their battles to restore local democracy.

In Canada there were similar controversies over forced amalgamations in Toronto and Montreal. In both cases the provincial governments were attempting to reduce the number of local bodies to save costs. Amalgamation was extremely unpopular in both cities, particularly in Montreal. In 2006 residents forced de-amalgamation and just four years after Montreal’s amalgamation, at a massive cost, the city de-merged into 15 municipalities.

Not all countries believe bigger local government is better. France has developed economies of scale for infrastructure such as roads and water (five water companies manage supplies for the whole of France), but not for local government. There are around 130,000 local bodies and a Mayor for every 300 or so residents. In Switzerland, one of the most successful economies in the world, where great emphasis is placed on both efficiency and democracy, the average Swiss Commune (local authority) has two thousand residents.

In 2012, the National Government changed the Local Government Act to facilitate amalgamations. Previously the consent of each affected council was required – now it merely needs a council, or indeed a lobby group within a local authority area, to lodge an amalgamation proposal to trigger the process.

Since the law change, the Local Government Commission has considered three regional amalgamation proposals – for Northland, the Hawke’s Bay, and Wellington. In each case, the Commission has recommended abolishing the existing councils and replacing them with a single unitary authority, multiple community-based boards, and two powerful Maori advisory bodies. The Commission is clearly running an amalgamation agenda that is heavily weighted in favour of Maori sovereignty demands.

In Northland, the Commission has recommended abolishing the Far North District Council, the Whangarei District Council, the Kaipara District Council and the Northland Regional Council, replacing them with a single unitary authority. The new Northland Council would consist of a mayor and 9 councillors, along with 42 community board members. In addition, two powerful Maori committees would be established – a Maori Board with the power to assign representatives onto council committees, and a Maori Advisory Committee on Resource Management, which the council must consult on all resource management issues.

A TDB Advisory report that looks into the issue of local government re-organisation shows that the evidence used to defend council amalgamations is weak. While some economies of scale may be achieved by taking a regional approach to capital intensive network operations such as transport and water services, such cooperation does not depend on the councils being amalgamated. And when it comes to the labour-intensive services provided by councils, experience shows the savings arising from local authority amalgamations are insignificant or nil. This suggests that those seeking efficiencies and cost savings should be focussing on regional cooperation and best-practice, rather than amalgamation.

This was also the conclusion of the Productivity Commission’s review of local government regulation: “The Commission found that the size of the local authority did not seem to be a factor in the extent councils followed adequate regulatory decision-making processes. Rather, leadership, culture and organisational management are the key driving factors.”

A 2005 report by Professor Paul Rouse of Auckland University, points out that while the United Nations strongly advocates amalgamation and larger units of local government, larger councils are associated with higher spending. In comparison, the increased levels of public scrutiny and personal accountability of elected representatives in smaller councils, leads to lower levels of overall spending.

In most cases of forced local body amalgamation, the net benefits being touted do not materialise, as any proposed savings become dwarfed by the cost blowouts of the amalgamation process and the increase in the size of the council bureaucracy.

To the residents living in the regions where amalgamation is being considered, the loss of local democracy and council representation is a key concern.

On an international scale, New Zealanders are grossly under-represented by local authorities. As a result of the Labour Government’s forced amalgamations in the late eighties, which saw the number of councils reducing from over 800 to 86 (there are now are 78), New Zealand has one of the highest ratios of population per council of most western nations.

As many Aucklanders can testify, forced amalgamations can be very disruptive, with detrimental outcomes in terms of an escalation in rates, a decline in services, and a loss of local representation. It’s hardly surprising that the public at large are against amalgamations.

This week’s NZCPR Guest Commentator is Phil Barry, a director of TDB Advisory, a boutique corporate finance and economics advisory business with expertise in council amalgamations. In his critique of the Wellington amalgamation proposal, Phil reminds us of the statutory responsibilities of the Local Government Commission:

“Given the three criteria stated in the Act, it is hard to see how the Local Government Commission could reach its preferred option of a supercity for Wellington. In terms of the first criteria, promoting local democracy, a government that is bigger and more remote from its residents can hardly help. Indeed, if the Commission’s proposal for Wellington were to go ahead, New Zealand would have almost half of the country’s population governed by two councils. In terms of the second criteria, the cost-effective delivery of services, the Commission’s preferred option ranks a lowly fifth out of the eight options it assessed. And finally, in terms of wider economic efficiency, to the extent that councils can influence regional economic growth, it is council policies rather than the geographical boundaries we place around the council that are likely to be the determinants of success.”

Concerns have also been raised about the independence of the Commission, and in particular the strong links at least two of the three board members have with Maori: Mr Morrison is a member of the Waitangi Tribunal, and Anne Carter is a Council Member of Te Wananga o Raukawa and has a background in the public service included working for Te Puni Kokiri.

Given the Commission is a permanent Commission of Inquiry it is also surprising that none of the members have judicial experience. Typically governments appoint retired judges to chair such reviews since they have had a lifetime of experience in dealing with people involved in difficult issues and they know how to do so in a respectful manner. It is time for the Minister of Local Government, Paula Bennett, to address this matter.

A change of leadership is even more relevant given the residents and ratepayers of three large regions of New Zealand – covering 20 councils and around 800,000 citizens – are about to challenge the Local Government Commission’s amalgamation agenda. While residents in each of the regions covered by the amalgamation proposals will no doubt want a poll, they will also make it very clear that the lack of respect the Local Government Commission has shown towards public opinion is simply not acceptable.

Since the Local Government Commission is a permanent Commission of Inquiry, do you believe the Chairman should have judicial experience?