WINZ staff have a target for throwing people off benefits

Something we knew all along, but until now could never prove: WINZ staff have a target for throwing people off benefits: 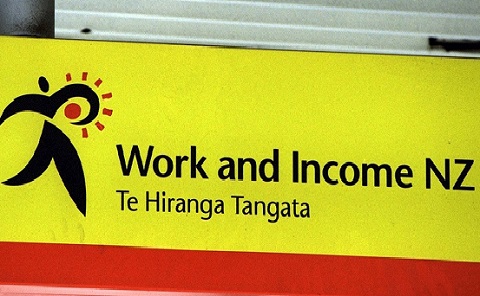 Work and Income (WINZ) staff are "more than happy" to break the law to get people off benefits so they can reach monthly targets, it has been claimed.

Beneficiary advocate Jeremy Roundill says a WINZ employee in Manurewa told him the target for each case manager was 12 clients off the benefit a month.

The beneficiaries often don't fight back because "when you're a beneficiary and WINZ provides you with your lifeline, you're likely to capitulate to the orders of your case manager, as they're the one who puts food on your table".

WINZ documents released under the Official Information Act require employees to make "an appropriate individual contribution, as agreed with their manager, to the number of clients supported off-benefit and into employment".

WINZ declined to be interviewed for this story, but said in a statement while there are targets - which differ by regions - employees have no financial incentives to reach them and are not sanctioned if they don't.

And if you believe that, I have a bridge in Auckland to sell you. In reality, if this target is not met, questions will be raised at performance reviews, and pressure will be applied to make sure that it is met. And the net result will inevitably be people thrown off benefits unlawfully so that the case manager keeps their job.

(Note that the "into employment" part of that target is there for show. WINZ isn't interested in getting people jobs, and they don't care what happens when they throw people off benefits. All they care about is reducing benefit numbers to meet to the arbitrary reduction targets set by Ministers).

WINZ should be there to assist people, to ensure they receive the help they are legally entitled to. Instead, it actively denies people that help, as part of the government's war on the poor. This isn't a new problem - remember Christine Rankin? - but it needs to end. Only a complete cultural change will do that. And as shown by the police with their rape culture, that requires more than just a change of top-level management. Instead it will require the removal of almost all long-term WINZ staff.