Parliament was formally opened today, providing us with the triennial reminder that we are not yet a proper democracy. Rather than committing to serve the people who elected them, our representatives were forced to swear allegiance to a foreign monarch, a person who was not elected, is not a New Zealand citizen, and doesn't even live here. The Speaker they elected was then forced to go and grovel to the unelected foreign monarch's unelected representative to be confirmed in their office - as if the support of the Parliament we elected wasn't enough in and of itself. 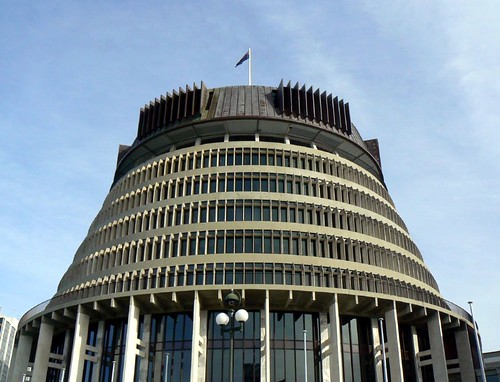 Its a potent message about who is really in charge, and of where they think power flows from: down, not up.

This has to change. We are a democracy, and democratic values are deeply embedded in our culture and psyche. Power and legitimacy reside in the people and nowhere else. It is simply not appropriate for our political structures and ceremonies to ape those of a foreign hereditary despotism.

Obviously, the big change we need to make is the move to a republic. That will take time, but I'd like to see this parliament lay the groundwork. But there are also little changes it can make, ones which will make our politics ours, rather than reflecting archaic and undemocratic values. Those oaths would be a damn good place to start.