The government has finally released its New Zealand Flag Referendums Bill. As expected, the bill provides for two referenda, the first selecting between four alternative flags by preferential voting, the second a runoff between the most popular alternative flag and the current one. The actual referendum mirrors the process of the Referenda (Postal Voting) Act 2000 (with appropriate changes for two referenda, one of which uses a different voting system). If we updated our referendum legislation to cope with such possibilities, we wouldn't need to include it every time the government wanted to ask us a question. 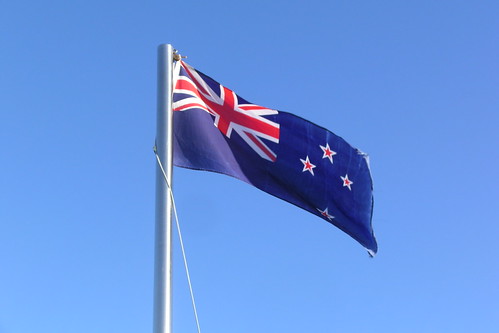 There's one interesting feature, though. The Citizens Initiated Referenda Act 1993 imposes a $50,000 spending limit on advertisers. There's no such limit in the new bill. From the timeline's mention of a "regulated advertising period", one was clearly contemplated, but it has now clearly been removed. Which is something the government owes us an explanation for. Spending limits are a normal part of referenda in New Zealand, designed to ensure a fair process and level playing field. The only reason to remove them is because you want the process to be dominated by money. And that just isn't good for our democracy.