We have a housing crisis. We have people living in tents and garages and boarding houses because they can't afford to rent a home of their own. The core driver of this crisis is lack of supply: there are not enough affordable homes to meet the needs of that end of the market (partly because they've all been snapped up by greedy Boomers speculating in the property market, and partly because developers don't find it profitable enough to build new ones). 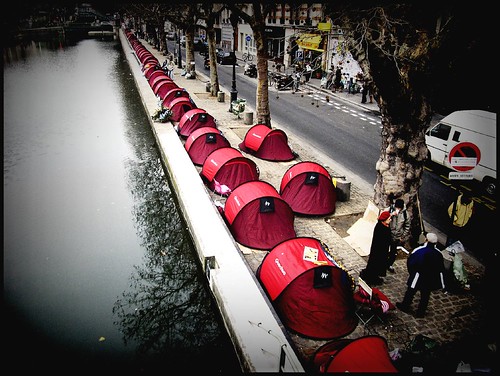 The government's solution to this crisis? Sell state houses at a loss to the community sector - in other words, offload their responsibility for dealing with it.

This won't increase the net supply of affordable homes, so it won't solve the problem. All it does is shuffle those houses from one owner to another. I can't think of a better example of shuffling the deckchairs on the Titanic...

But the worst bit is the second half: shuffling those needy people out of the government's hair and making them someone else's problem. Its a clear sign that National does not see every kiwi having a decent roof over their head as a core responsibility of the government. Instead, they plan to run the DHB scam on housing: make it someone else's problem so you can disclaim responsibility and dodge criticism.

That's not good enough, and we shouldn't accept it. But then, what did we expect? Paula Bennet owns three houses. Her primary goal is in maintaining their value. She's the problem, and she will never provide a real solution.