Peter Hitchens, New Zealand's Green Party has released a policy which supports the relaxation of abortion. Is this a wise decision?

Wise from whose point of view? Killing one person for the benefit of another is not a matter of wisdom or folly, but one of right and wrong. A society which permits this, in principle, is  scrapping the whole Christian moral principle, a change with vast consequences for the society that permits it.  If that is what it wishes to do, then it should be clear about the huge and revolutionary issue that it is. 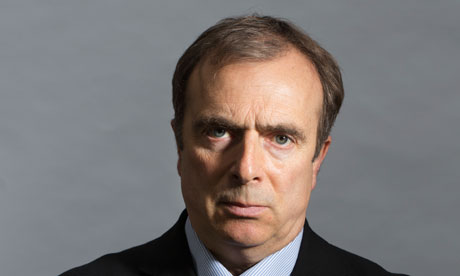 What is the situation in Great Britain with abortion? Is it easy or hard to get one there?

There are about 180,000 legal abortions in Britain each year. I think it would be fair to say that doctors are usually prepared to sign forms saying that the birth of the baby would be a threat to the mother's mental health. It is alleged that they have done so without actually meeting the woman concerned. Provided gestation is less than 24 weeks, abortion on demand, performed in the taxpayer-funded National Health Service, which is free at the point of use, more or less exists. The word 'easy' seems wrong, as one must assume and hope that the mothers involved find the decision difficult.

Many pro-choice activists say "we can't tell a women what to do with their body." What would your response to that statement be?

Two bodies are involved. Conception is the point at which life begins. No other such point can be objectively established. The embryo will, if healthy and not interrupted, develop into a human person without further intervention. It contains, from that moment, all the coding and characteristics which will remain with it throughout life.  Except in cases of rape, where some opponents of abortion believe that it might be permissible (and it was permissible under English law before 1967, following the Aleck Bourne case of 1938), sexual intercourse is voluntary. The fact that it can lead to conception is not exactly a secret. Women are free not to have sexual intercourse, and that is indeed an important freedom. But the freedom to control one's own body surely ends at the point where in doing so one injures or destroys another body.

This is really an argument about sexual morality. In a monogamous and self-restrained moral system, unwanted pregnancy is of course possible, though with modern contraceptive methods it is far more easily avoided. In a generally unrestrained moral system, it is likely to be far more common. Unrestricted abortion makes a non-monogamous society more likely, and easier to manage.

Who do you believe suffers the most from an abortion?

The Green Party MP Jan Logie says "Decriminalisation will reduce the stigma and judgement that surrounds abortion, and enable abortions to be performed earlier in pregnancy, which is safer for women." What is this stigma which she speaks of? And do we have a right to judge someone who has an abortion?

I cannot tell what other people mean, beyond what is unambiguously obvious from their words. They will have to explain themselves. It seems to me that any stigmas surrounding abortion have almost entirely vanished in modern post-Christian countries such as ours. But I have only once visited New Zealand, and that very briefly, and as a tourist,  so I cannot comment on the precise state of moral opinion there.

We decide, when we choose our laws, to make certain actions crimes. In doing so, we are informed by our moral code, if we have one, and (in the case of Christians) by a belief that God has made certain unalterable laws which we cannot alter, which we are personally obliged to obey, which we would want others to obey because we believe them to be profoundly and unalterably good,  and which we seek to be as widely applied and obeyed as possible. In a free society we cannot impose them upon others except through laws constitutionally arrived at. If the agreed law regards abortion as a crime, then we have the power to judge those who break the law. As I say above, if we decide to be the sort of society which licenses the killing of unborn babies, then we alter the moral character of our society, and those individuals who cleave to the former law may campaign to reinstate it, but cannot demand its enforcement on others.  People are entitled to oppose or support such changes.  Supporters and opponents are making a large moral judgement.  But it muddies the water to personalize it. This isn't an argument about being beastly to women who have got pregnant without meaning to. It is an argument about morals.

Can an argument be made supporting abortion ie It's not living and just a fetus?

It can, but is self-serving and unscientific (see above) , and so it would eb unwise for anyone to rely on it. In general, in human history, the classification of human persons as sub-human or non-human( such as the use of the word 'foetus' ) is a step towards dehumanisation and murder.

Do you know of any live abortions which have been shown on television?

Is Kermit Gosnell a murderer?

Such questions must be decided by independent juries who have heard all the evidence in any case.

Why is society so ready to support abortion but condemn the death penalty?

Because, by and large, belief in the immortal soul has disappeared (though this is intellectual fashion rather than the result of any objective discoveries on the subject) . The  death penalty is really only tolerable if it is a step towards the murderer's earthly  repentance and eternal salvation. If a man has a life but not a soul, then other men, who also believe they have no souls, will naturally regard his execution as intolerable.  Similarly, they will regard an unborn baby, which has no social relations, speech or other visible characteristics of humanity as being of no great worth, since they recognise humanity mainly in outward, rather than inward things. If you regard each baby as being made in the image of God, named and known by Him since the beginning of the world, you take a different view.

How many times have you had a debate about abortion with other individuals or groups?

Peter Hitchens thank you very much for your time.