A little over a week ago, a suppressed New Zealand court issued a blanket suppression order suppressing the identity of a "prominent New Zelaander", the offences they have been charged with, and even the location of the issuing court. There may be good reasons for this suppresison order - to protect the identity of victims, for example - but as the court apparently didn't bother to explain that, the natural conclusion is that it was done solely to protect that "prominent New Zealander"'s reputation. 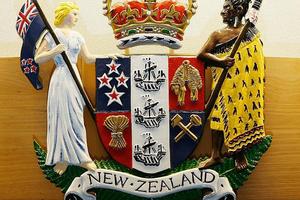 Of course, it didn't fool anyone. We all know who it is; the media just aren't allowed to talk about it. Which makes reporting on other current events pretty difficult at the moment.

But the interesting bit is that the Speaker of the House, while cautioning MPs on the need to obey the suppression order and maintain comity with the judiciary, just broke it himself. And in doing so, he's ensured that everyone else can report on it.

Why? Because last year, in a response to a couple of defamation cases which saw MPs sued for repeating outside the House stuff they'd said inside it, Parliament passed the Parliamentary Privilege Act 2014. The bill introduced the concept of "qualified immunity", which provides "immunity from any civil or criminal liability" for accurately reporting on Parliamentary proceedings and for rebroadcasting Parliamentary proceedings. The upshot: it appears to be legal to report on or re-broadcast the Speaker's ruling and its context, which together violate the suppression order.

Note: "appears". I Am Not A Lawyer, and you shouldn't risk jail on my opinion. You should also note that the immunity is qualified; it does not apply to people who "abused the occasion of communication" or to those who repeat parliamentary proceedings in bad faith or "with a predominant motive of ill will". But I think it would be a very long stretch for a court to find that an honest media report of this incident (which perhaps explains a few other things going on at the moment) could be found to be an abuse. But with stuck-up judges defending their privileges, who can tell?