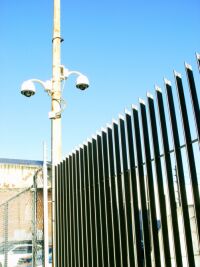 Wow, it’s not that 655 000 Iraqis are dead, it’s not that America invaded Iraq illegally, it’s not that EVERY SINGLE reason Bush used to invade Iraq was a complete fucking lie, it’s not that conditions are now worse in Iraq than it was under Saddam – no it is none of those things. It is the pesky media focusing on the negative. The solution? A new Pentagon media ‘hit squad’ who will ‘correct the record’. Welcome to Big Brother 2006.

The Pentagon's new effort to influence media coverage of the war in Iraq is an example of how governments react when a war is not going too well. They begin to think it is not the war that is the problem, but the presentation of it.

The media, being the messengers, get the blame, not the message itself.

The plan, detailed in a memo seen by the Associated Press news agency, is for a rapid response unit that would "correct the record" in the 24/7 news cycle that exists today - including, crucially, on the internet. One aim, AP says, seems to be to deflect criticism of Defence Secretary Donald Rumsfeld himself.

It is on the internet that blogs and other sites rapidly spread information, sometimes as fact and sometimes as rumour, and build up pressure points of opinion. These are then reflected in the mainstream media.

There would also be a list of favourite speakers or "surrogates" who would be offered to broadcast media, especially to the US talk shows, where fast appearances and faster opinions matter. The Pentagon, however, has tried before to influence the media, especially the Iraqi media, and fell on its face.

In 2005, the New York Times revealed that the Department of Defense was paying a public relations company to write and place articles in Iraqi newspapers. One of these had the lyrical line that "the sands are blowing toward a democratic Iraq," dismissing sceptical Western views that democracy was not working in Iraq.