I have to say the more I think about the 5% royalty on sale proposal for artworks, the more I don't like it.

At the end of the day it is the state interfering in voluntary transactions. No artist has to sell for a price below what they want, and no buyer has to pay more than what they want. Now if an artist wants to include a sales clause which says if you resell, give me 5% then good on them. And if the buyers are okay with that, all the better.

But to have the state legislate to force such a clause on every single sale, is unjustified. 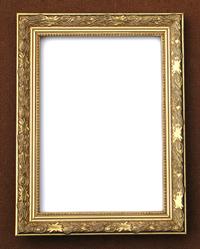 The NZ Herald editorial actually supports the proposal. They say:

The most cogent objection is that such a right is an unwarranted interference with common law property contracts. These assume ownership and attendant rights transfer in full upon the sale of, say, a house. But this must be balanced against the moral and economic right for artists to be guaranteed a fair return for their work. Copyright rules protect authors from exploitation, as do intellectual property rules in other areas, yet no similar dilution of the law of property applies to New Zealand visual artists.

I wonder if the NZ Herald could define for us what is a fair return, and at what level should this be? Why 5%? Why not 50%? I mean if one is going to have the state decide everything, instead of leaving it to buyers and sellers.

It recognises that life should be devoid of risks and that those who invest in art should not profit unduly from it. It is socialism en salon. If it were a painting it would be titled: Beehive Landscape - Impressing the Artists (hot-air-brushed oil on public canvas).

It is the compulsion to pay that differentiates the Government move. It is one that radical political landscape creator Sir Robert Muldoon would have been proud of. And there is every reason why it should apply to other sectors of the economy. Once again New Zealand could lead the world in social experimentation. A stud ram, for instance, could attract a royalty when sold, every deposit a winner. So, too, race horses. Every win a double.

The glaring minus of the proposal is that it does not allow for losses. What if an artwork falls in value? The artist can always go on the dole but what of the unfortunate buyer? If we are to socialise gains, why not losses too? An Arts Equalisation Authority could be established, its board a handy repository for the paint by numbers List members whose pigments have long faded.