How far is too far with free speech?

When it comes to freedom of speech how much should we tolerate?

I will stand united with anyone-irrespective of their political positions- who is prepared to defend this amazing liberty. We’d be better off without the Human Rights Declaration which ironically says humans have this right; then they make exceptions and say “except if it is hate speech.” The current law is too restrictive and I would like to see it opened up more. So long as it does not incite violence, such opinions ought to be tolerated. 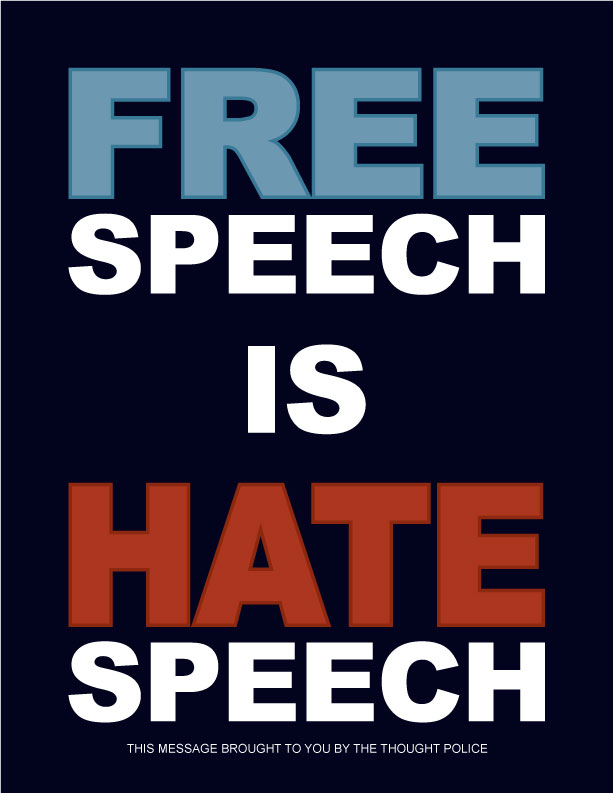 When New Zealand declares freedom of speech is available, how true is it? It certainly exists for modish liberals who support the climate change dogma, hate Christianity, champion abortion and have this dream of making New Zealand a utopia of equality and diversity. Now imagine a person or group, who disapproves of the homosexual lifestyle, cannot stand multiculturalism or criticises divorce on demand. Imagine the condescending reception which that person would get from lobby groups, organisations, even political parties. They’d dismiss it all as hate speech, label the person or group as harmful and declare that people like that should not be saying such things.

If you are talking about real liberties and having a real voice, understand that freedom of speech allows you to do this.

This stupid impetus of voting being the best way you can make a change is nonsense. Freedom of Speech is a far more precious civil liberty then voting could ever be for two simple reasons. You don’t choose the candidates which run in your electorate. They are chosen for you by the respective political parties. You don’t get to draft a party’s policies either. Those have also been preselected. So very little empowerment is actually given to the people; their supposed freedom is to select someone to represent views which aren’t theirs. How can anyone compare that to free speech? Compare it to an ability to ask questions, to read the books we choose and being able to pursue unfettered investigations and you begin to get my idea of why voting is hardly a game changer.

The most important part about freedom of speech is that it is in place for those people whose opinions and views which are not very well liked. Journalist Peter Hitchens summarises it well when he says “I don’t think freedom of speech means anything unless it includes things you really, really don’t like.”  If one side of the argument is not expressed, conventional wisdom kicks in and one commonly accepted view will be shoved upon us all. It provides a solid platform towards a totalitarian state.

It is time to champion for this civil liberty more. Who’s with me?