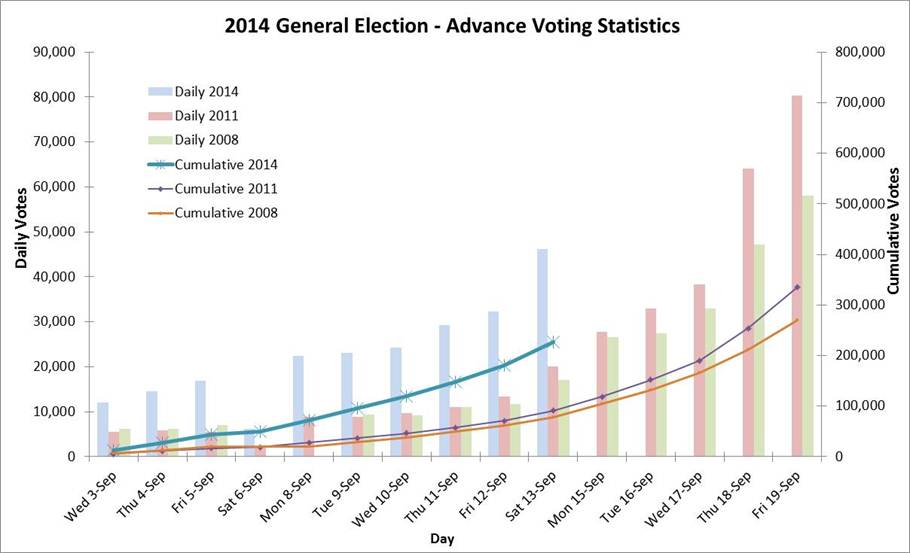 287,735 of us have already voted. And with four days to go, I think we can safely assume that it will reach 650,000. Which on current enrolment figures, means almost 20% of the potential electorate will have voted in advance.

Historically, advance votes have tended to swing right. But with twice as many as before, its anyone's guess. Its also anyone's guess how much of this represents increased turnout versus people getting it done early. But I'd guess that we're probably going to see a slight bump in turnout, perhaps as much as 5%. Which should be good news no matter who you support.