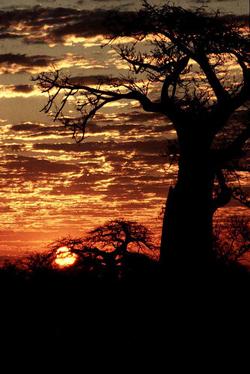 On Saturday, the people of Zimbabwe went to the polls to elect a Parliament and President. And today, three days later, they're still waiting for results. In previous elections, these have generally been available within a few hours of the polls closing. This time, it has taken days. The reason? With local, Parliamentary, and Presidential elections all happening at once, Robert Mugabe's thugs can't just make up the results like they have in the past; it would look suspicious (to say the least) if the opposition won a landslide in Parliament and the local bodies, but this wasn't reflected in the Presidential result. So they have to work at it, inflating the vote count here, disappearing votes there, to produce a consistent set of lies. Trickling the Parliamentary results out is a part of this strategy, to create a false impression of a close race.

How do we know its a false impression? Because this time round, polling places have been posting local results. Zimbabwean NGOs have been going round photographing these, and can thus get their own picture of the election. The independent count, and estimates the Movement for Democratic Change winning 102 of the 176 seats they have data on, with MDC leader Morgan Tsvangirai winning 51% of the presidential vote (it is unclear how this figure is computed, but the Zimbabwe Electoral Support Network [slow] gives a similar but slightly lower figure based on a random sample of 5% of polling places). In addition, international media are reporting that Zanu PF officials have privately admitted that the results are known and that they have lost. Unfortunately, they are refusing to accept the people's will, and are instead going to rig the results again.

It'll probably take a few more days for this parody of democracy to finally play out. The question at the end of it is what should the opposition do? Accept yet another fraudulent denial of the people's will, or risk bloodshed and take to the streets? While I think everyone would welcome seeing Mugabe unseated by a "people power" revolution, the sad truth is that they only work against governments with a sufficient sense of shame to not just massacre their opponents. Mugabe has already shown he has no shame, and so the result of such a protest is likely to be a bloodbath.