The government must condemn China's brutality in Tibet

On Friday, Tibet erupted in protests against the continuing Chinese occupation, drawing the expected crackdown from China's authoritarian regime. So far at least ten people are dead, and Tibetan sources put the figure much higher. And with protests continuing and the Chinese regime declaring a "people's war" against democracy in the region, the death toll is likely to rise. 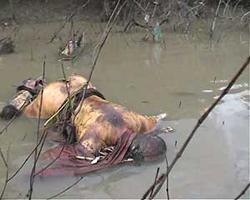 Normally when an authoritarian regime abuses human rights and murders protestors, the New Zealand government speaks out about it. It's what we did over Burma, and over Zimbabwe. But the government has been conspicuously silent over Chinese human rights abuses of late, because it is negotiating a free trade agreement with China. It does not feel it can criticise China openly for fear of upsetting the deal and costing the country (actually, farmers) hundreds of millions of dollars in potential exports. So we get embarrassments like Winston Peters' torturous exercise in Parliament last week as he struggled to avoid saying what everyone knows: that China is an authoritarian regime which denies basic human rights. In other words, the cost of the deal is our complicity and silence, even when China abuses human rights right here in New Zealand.

This is too high a price to pay. It was too high when China was merely conducting oppression as usual, and its certainly too high now that they're shooting people in the streets. Our government must condemn China's crackdown. Otherwise, screw the airport - Labour will have sold our souls.