How's this for a plan? With the publication of the Hamilton-Baker Iraq Study Group report there still doesn't seem to be much clarity about what action to take, with people variously arguing for pulling troops out, engaging with the neighbouring countries, or increasing troop levels.

Admittedly this war was fundamentally flawed from its conception, and the tragedy has been compounded by corrupt and incompetent execution at the highest levels. But to reduce troop levels now, or at any time in the immediate future, would create an even bigger, nastier mess than what we currently have. 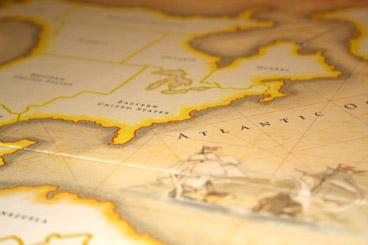 "That's a pretty large game of Risk you're playing there mate"

A failed state right in the middle of the Middle East would create massive political instability, with sectarian violence likely to spread to at least three, and possibly all six of the states surrounding Iraq. I shouldn't need to mention what this instability would do to the price of oil, or to Israel's security, or to worldwide markets. Needless to say it will be bad. Very bad. It could very well be analogous to the conditions in Europe right before the start of World War I - only World War III's potential for destruction and loss of human life is exponentially greater, thanks to the wonders of modern technology.

So Republican representative John 'Wayne' McCain is right to argue for increased troop levels in the short term to secure the main population centers - but these troops should not only come from the US. It would massively boost the occupying force's legitimacy, and the morale of the Iraqi people, if there were a multinational peace keeping force sent to secure Iraq's borders, (particularly with Syria and Iran) as these are the main conduits for the weapons and personnel fueling the sectarian fire between the majority Shiites (55%) and minority Sunni's (40%). Shiites also make up 93% of the population in Iran, and the majority in Syria as well. The Kurds in the oil-rich north are another question altogether, quietly agitating for a greater Kurdistan that would incorporate parts of Southern Turkey, north-western Iran and eastern Syria.

However, all the military deployments in the world are going to come to precisely jack shit unless there is a fundamentally revised political direction from the US. Saudi Arabia, (Sunni, and the source of the Wahabbism that Osama Bin Laden preaches) Syria and Iran are key to Iraq's current instability - and thus future stability, which is why it's crucial that they be diplomatically engaged by the US, at the same time the US is strengthening border protections across these countries.

"Quick! Maybe if we get out now nobody will notice"

This 'triple front' of increased ground and border security combined with negotiating with the Iranian and Syrian regimes to offer concessions - while getting tough with Saudi Arabia, in return for their cracking down on insurgency support would quickly strangle the currently escalating levels of violence that are currently nullifying any attempts at creating a reasonable climate for political debate or economic growth.

Once a degree of stability has been created, the most pragmatic solution to power sharing appears to be a federal structure of three states: Kurdish North-East, Sunni West & North West, Shiite South & East and neutral in the capital of Baghdad and the sparsely populated South-West. This would require a constitutionally protected oil revenue sharing arrangement between the states, based on population. 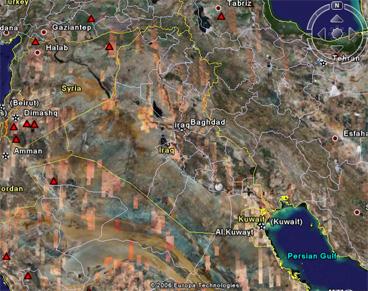 The major impediments to such an arrangement would likely be the Kurds. Counting themselves an an Iranian indigenous group, the Kurdish diaspora numbers 30 million people, and they are the largest ethnic group in the world not to have their own nation-state. If they were granted formal autonomy they would have much greater power to demand a greater Kurdistan which Syria, Turkey and Iran would not tolerate willingly. Secondly, the majority of Iraq's oil wealth is in the north, in Kurdish territory, meaning it is likely they would resist sharing this wealth with their Sunni and Shi'a 'brothers'.

These problems however, are not ones that could not be overcome by negotiation - backed by multi-lateral force that is. There you have it George. This advice is free, but donations are gratefully accepted.