"A threat to national security" 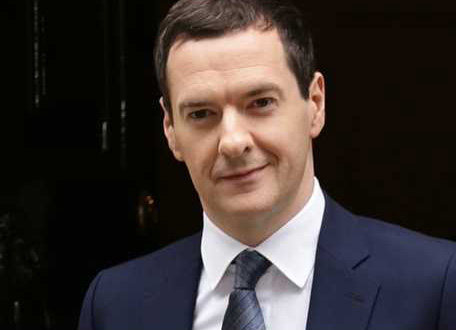 George Osborne said an alliance between Jeremy Corbyn’s Labour and the SNP would shatter the Westminster consensus in favour of a nuclear deterrent. Photograph: Yui Mok/PA

A Labour party led by Jeremy Corbyn would pose a threat to national security by undermining the future of the UK’s nuclear deterrent, according to the chancellor, George Osborne.

The chancellor said “an unholy alliance of Labour’s leftwing insurgents and the Scottish nationalists” would shatter decades of near-unbroken Westminster consensus in favour of maintaining a nuclear capability.

Both Corbyn, the favourite to succeed Ed Miliband, and the SNP oppose the renewal of the Trident missile system being pursued by the Conservative government. Osborne said that would be disastrous.

Because Cthulhu forbid that people actually be presented with a political choice on whether they want to host weapons of mass destruction or threaten the mass-murder of civilians as a means of foreign policy.

But the real problem here isn't that the UK government thinks that its nuclear toys should be beyond democratic control; in a democracy, they're entitled to think that, and to advocate it and face the judgement of voters for doing so (and lets face it, being denounce dby nuke-happy Osborne is like being denounced by Tony Blair: good, not bad). The problem is that it maintains a number of organisations specifically established to deal with "threats to national security". And by using that particular term, Osborne has just given them carte blanche to intervene in domestic politics and go after one of his political rivals. And that threatens the basis of UK democracy itself.

When a government retains power by denouncing its opponents as treasonous, they are dangerous and must be removed. The quicker UK voters vote the Tories out on their arse, the safer they'll be.