Marty O’Donnell is an accountant. One that runs the largest independent music retailer in the country – Real Groovy – alongside his business partner Chris Hart. Real Groovy has grown from a tiny, dirty little store in the Ponsonby of Muldoon’s New Zealand, 1981, the year of that Springbok tour, to now in the MMP era having a massive, warehouse sized store in Queen Street, along with three other stores in Wellington, Christchurch and Dunedin – all amidst a globally shrinking music market since the 1990’s. 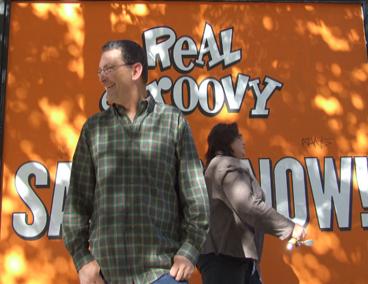 Just what sort of chicanery is involved in massively expanding in a supposedly shrinking market? We caught up with Marty at the Real Groovy head base in Auckland to find out. The genesis of Real Groovy Records was actually before Mr. O’Donnell got on board he says, “It was quite a bit before my time in terms of my involvement here. I met Chris Hart in 1980 and this business started in 1981. Chris was the co-owner of the Record Exchange and he sold out of that in 1979 and then started Real Groovy with Chris Priestly from Atomic in '81. They were together for around 3 or 4 years, then Chris (Hart) brought the other Chris out. They then moved a couple of times, moved up Queen Street for quite some time and then moved into this building here we're in now, since 1990, so they've been here seventeen year now and I've known Chris all that time and I've since brought a half share of the business in 1996 - so I moved in. I came from a finance software background so I had 60 odd clients I was looking after at that stage, so I was carrying on doing both for a while, and by about 2000 I'd got rid of those clients and became a full time Real Groovy staffer and the business has grown."

Was that because Real Groovy was more profitable, more interesting, or to be able to work for yourself?
“For me it was just a great opportunity to be offered. I was pretty much working for myself right at that point in time anyway, so it was really to work with someone else who was passionate about a business where we had complimentary skills; Chris wanted to take the business forward and I have pretty much brought into that concept and got involved. This (Queen Street) store was growing, and continuing to expand within this building through the late 90's, and now has three levels.  Then on a trip to Wellington, pretty much with wives, we saw a building down there that had a ‘for lease’ sign on and we sort of looked at each other and thought ‘it's probably a good time’. So March 1999, Real Groovy Wellington opened its doors and we've had staffers from here (Queen Street) move down to manage and work there, some of whom worked there for a fixed period and came back, and it really hit the ground running in Wellington and it's continued to grow.” 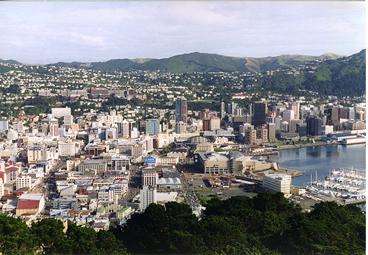 The Wellington store opening coincided with the height of the dot com bubble, and it was a confusing time to be in. Like the property market, you knew you needed to be involved – but who had a clue how to start? “We had all sorts of tech people, saying you need to do this or that or you'll be out of business in two years with mostly website stuff, and we went out, traveled to industry conferences in Australia and the US and we couldn't really make heads or tails of who was going to be around, who was going to survive, and no one was making money. Then of course ‘the bust’ came, and then many, many people disappeared and really that was what the birth of Real Groovy online was. Post that bust period, was a really smart New Zealand company who we got involved in selling CD's online and built some really good software to do it because they needed to build good software, because they didn't have a brand, they needed to build one and be cost effective, but they built clever software and so after the bust, we were one of their targets. So they got out of selling CD's online and started selling software. And that was Estaronline in Christchurch, and they've been our technology partner ever since.”

Groovy’s partnership with estaronline has been a lucrative one – not many people know that they now sell the software they developed jointly to other companies like Paper Plus, offering a service that builds a website and manages inventory systems. It’s based on the successful model they developed for themselves says Marty, as the Real Groovy website’s traffic “is up there in terms of unique visits, and visitors per month (47,887 people in March 2007). Sales grew significantly through 2002 to 2005 where it began to flatten off a bit, and it's not growing significantly but it is growing a little bit at the moment. We do have both new and second hand music and DVDs on there, but it is predominantly for the new market, and that's a market that’s pretty tough. It represents about 10% of our turnover of the 4 stores, which a lot of people say is fantastic." 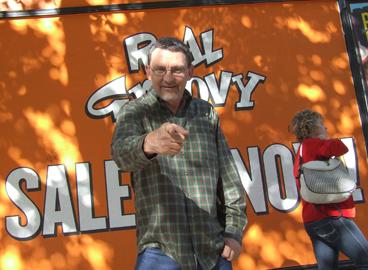 Saves you a lot in wage costs?
"Yes it does, but it's not (necessarily) cheaper than running a store. We have got, although we do work for some other companies, four full time Customer Service Reps with a person who manages that, a supply chain manager, and we have three people in dispatch, so there is a staffing component, but the greatest expense of being online - and it's also what keeps other players out of the market, is that it's really expensive to put together a huge catalog that you need, with music, DVD's and books. We've got two million items online and tens of thousands of those may change weekly, in either price, availability or simply new items coming on and old items being deleted. And with those two million items, you've got to have content going with it and that doesn't come inexpensively. There's no bricks and mortar rent there's only a little bit, but there’s a far bigger rent in terms of content and catalogs. In some ways it’s a good thing, because it keeps other players out, but the hard part is that when you embark on an operation or a business model like that in a small market like New Zealand, you don't have the mass for it to be hugely profitable because it’s a tiny market, and you've got to invest as much money in this model here in New Zealand as you do in Australia or the US, and they have got huge money so… it is an interesting place to be."

O’Donnell says he would love to expand the model to Australia, as he’s had comments from business partners both in the UK and Australia that Real Groovy is unique in terms of being a large ‘music warehouse’ that sells significant quantities of second-hand music as well as new music and the rest of their associated merchandise – DVD’s, games, books and clothing. “We just need the venture capital to embark upon it. I'd love to do it. Find me a good venture capital partner with some skills that would be useful and some money…”

So it’s more the ‘like to do’ rather than actively planning at this stage?
Yeah, we don't have anything in place as of today. But tomorrow it might be different.

Next week: Marty discusses his roots, and how lucky he is as an accountant to constantly get exposed to great music...