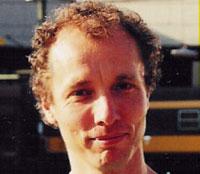 Nicky Hager grew up at a state school – but not in a state house – which says two interesting things about him. One is that although his parents could easily afford it, they held their egalitarian philosophy strongly enough to not believe in sending their child to a private school. The other is a veiled reference to what he describes as the ‘story’ new National Party Leader John Key has constructed to display publicly as his personal life and history. But more of that later.

Nicky Hager (pronounced Har-gar) is an earnest and sincere guy, resolutely liberal, who grew up in an average, white, middle class Levin home in “a socially aware family”. Some people dismiss him as a rabble rousing tree hugger – at their peril, because he’s proven himself able to take on some of the biggest operators in New Zealand, and win. The West Coast logging company Timberlands, the Echelon global spy network, and now Don Brash are a high profile trio of the parties rueing Nicky’s crusading against public figures who say one thing in private and quite different things to the public. You could even argue that he’s one of the closest New Zealand has to a real, full-time investigative journalist. Nicky talked to Frank from his Wellington home about his life, politics, and the true extent of the power public relations firms employed by major corporations and government now wield over the democratic process.

Hager was the son of immigrant parents: his father an Austrian clothing manufacturer from Vienna who came to New Zealand as a refugee from the Nazis; his mother hailed from Colonial Africa, born in Zanzibar before growing up in Kenya and Uganda.

“So there was a strong current of kind of awareness, you know” says Nicky, “of what happens in people’s lives running through the family.  Even though [my father] hardly ever, ever talked about his own background… it was there quite strongly.”

I guess when you grow up and you’re not gifted with privilege and your family has been persecuted it gives you a lot more… you have compassion and sympathy for the underdogs.
Well it did with my parents but I also grew up with plenty of privilege. I have a different idea of privilege than other people. This is not an original thought but… I think if you are lucky enough to grow up in an essentially privileged background there are two things you can do. One: party away the rest of life and get rich and have a good time, look after yourself. Or else you can serve society, which is basically what I try to do with my life.

Ok so your family were middle class?
My parents owned, quite a large factory in Levin, clothing manufacturer. I didn’t grow up in a state house.

So is it still going?
If you go to a fairly trendy op-shop where you find really zany 70’s clothes, they are likely to have a Hager label in the back of them.

Nicky went to Wellington’s Victoria University for five years, slotting his brain into a science degree in physics, then re-calibrated his head some more with an honours degree in Philosophy. Still in his early twenties, when it came time to cease treading the boards of intellectual gymnastics and he wasn’t quite sure what he was going to do or be - he did have a strong sense of what he didn’t want. “I wasn’t interested in getting a job and earning a living and filling up my life. My first job was at the DSIR working in the Hutt Valley working on native ecology issues for the ecology division.” Aha! Smirk the tree hugger skeptics. 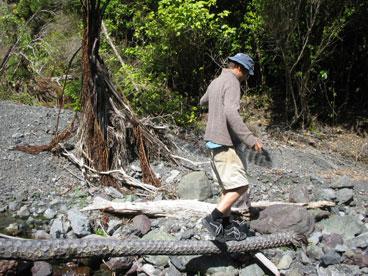 Tramping in the Orongorongo forest

But his forays as a professional tree hugger were not to last. Hager then made (unbeknown to him) a life-altering decision - when he started working for his brother-in-law for several years as a builder. “It sounds a bit random [but] I had been doing academic things for years and I wanted to do some different things. In a totally unplanned way it set me up for the rest of my life. After building houses around Wellington and renovating houses for a while, I am living in the house that I built. And that has, more than any other single thing, allowed me to… I [now] have the security of the house I don’t have to pay a … mortgage on.”