Mike Kingsnorth is a Professional Bodybuilder from Aucklands North Shore, we sat down to find out about how he ended up with one of the worlds best bodies coming from NZ – and a couple of tips for us and what’s left of summer. 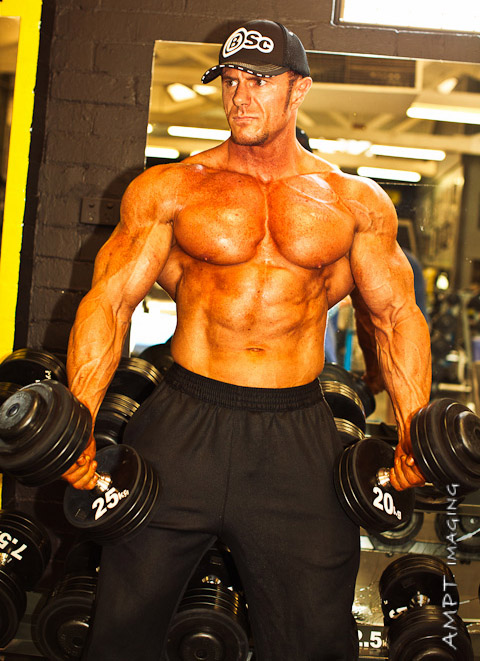 Tell us about who Mike is?

I like to use the saying I’m an average guy with an above average attitude. Father, Business owner, Husband, Mate, Uni Drop-out, had some very interesting jobs but enjoyed living up to lifes challenges and expect to knock off a few more of my own Everests.

Amateur: 9 wins from 23 shows - including Mr North Island, Pan Pacific Champs, NZ Nationals (x3), Australasian Champs, Overall Mr NZ. As a professional, just glad to be up there holding my own and have knocked a few of the overseas guys over.

So you were a natural athlete at school, 1st XV, 1st XI a girl on each arm at the School ball?

Far from it, I was a spin bowler (couldn’t bowl fast), Rugby winger (back when wingers were fast and skinny), Surfer (took 2 years to learn to turn a surfboard), basketball (probably the worst player in the school). All this mediocrity taught me perserverience, not to quit, and because I went to a successful all boys school, I learnt to be committed to the cause and strive for excellence.

How did you get into Bodybuilding?

I had joined a local gym that was run by a guy who was into Bodybuilding, I was training for rugby speed and paddling power on a surfboard. One day I read an article about training in a magazine and applied it, little did I know that the article was preaching some pretty intense training ideas – and so I just followed them and thought that was normal, the result being my body responded well.

The gym owner asked me to pose at the gym Christmas party, and I can still remember clearly the incredible feeling when an audience cheered positively for me, having never experienced positive feedback like that I was instantly hooked.  It felt great to actually be good at something.

What makes you different from every other guy the gym with their mate pumping iron?

A lot of my mates in the gym were naturally strong, much much stronger than me, and that was my advantage. I’d train alone because my weights were so light, but I’d train with real determination and thought about what I was doing. It wasn’t social, even though I was friendly between sets, when the weight was in my hand it was war. My physical weakness became my asset and it took about 20 years to realize that when I was watching the same stuff play out in the gym with some young guys, when I told a skinny (but determined) young guy how he was so much like me when I started, I think he grew some muscle just from hearing that!

How does being a successful bodybuilder and having that build impact on your life/work/family?

The discipline of having to train 5-6 days a week, but then be focussed outside of the gym in making sure I have enough food going in, am rested etc requires organization and motivation. When you’re a rep on the road, you have to be prepared as you won’t find the right food in a service station.  These skills along with my competitiveness have granted me success in my  family and corporate life.  In every role I’ve taken on I’ve always wanted to and usually ended up being the very best, from corporate sales to start ups, business management.

The negative is that your family have to sometimes accommodate your lifestyle, if I get hungry when I’m out I’m like a bear with a sore head, it really affects me because my body is demanding food like a neon fuel light blinking on the car dashboard.  But there are far more positives, and it has lead to a pretty interesting life with some stories that should be in a book. That I’ll let get published about 50years after I’m gone and damn the consequences then.

I get a lot of funny looks and stares (I’m told) but I really don’t notice them – my wife tells me. When I’m in my off season and carrying my most weight, there’s little hiding it.

So do you get to eat the bad food, drink the drinks and socialize or is it 24/7 in the gym?

You learn to adapt when your out, it’s a lot easier now than it used to be as most food service places now have cleaner options if I’m dieting, if I’m packing on size then it doesn’t matter if I have the occasional unclean meal, more important to get the food in.  When I’m cutting down, Nandos skinless chicken breast with spicy rice is a very very clean meal, I wouldn’t even class it as a cheat meal. 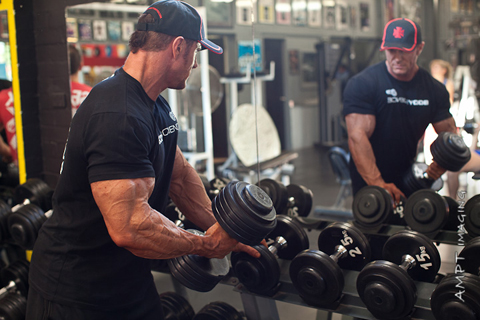 Where too from here, Mr Universe, Movies, Next Govenator?

Well politics would be great, but my lifestyle as a young guy having fun would come back to haunt me I’m sure, Mr Universe – never really interested me. I’m happy standing onstage with the very best in the world (the level above Mr Universe – Mr Olympia competitors), my proudest moment ever was winning the Overall Mr New Zealand, it took a long time to get it and lot of knockdowns on the way - so maybe one day I’ll hand back the Pro card and have go for another title.

I have been running BodyScience (BSc) sports nutrition in New Zealand for the past 11 months, BSc is the top supplement brand in Aus.  We have just started our 5th season as Supplement sponsor to the Warriors, and sponsor 9 NRL teams, 3 Super Rugby teams (including the Reds), 4 A League Football, 7 AFL teams, the Kiwi league team, World Champion Ironman and 3x Hawaiian Ironman winner Craig Alexander as well as pretty much every other sport you can think of.

I love Bodybuilding as you can imagine, but this is a brand for everybody who wants to do something with their body BETTER.  Lose fat, run faster, lift more, improve health – there is some incredible clinically proven science going into what we are putting out there.

Your body is the engine, the Fuel you put in effects the output.

What is the one BIG SECRET that everybody should know about getting in shape?

Join the CIA – Consistency, you have to put the time into the gym (4-8 hours a week, can you spare it?) and the food (train all you like, but abs are made in the kitchen).

Intensity, take no half measures in training, your body is lazy and wants you to sit on the couch eating chips and pushing the remote buttons, you need to challenge it by either lifting more, resting less, focussing the muscle better, running further, training longer, better or differently – challenge the body to change itself – if you do that it only has one choice, it will.