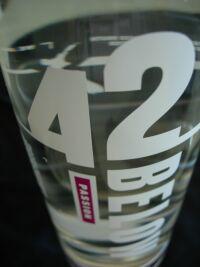 Newly minted entrepreneur Geoff Ross started his premium vodka company 7 years ago, and has joined Sam Morgan in the ranks of people who have made the sort of coin we can all aspire to - recently receiving an offer for 42Below for $139 million dollars from Bacardi, of which his share is rumoured to be $30 million. Bacardi are retaining Geoff as head of the company, along with the entire New Zealand staff. On a mild Auckland spring afternoon, Frank got to grips with a savvy sales & marketing guy who grew up wanting to be a farmer.

Can you tell us about your background?

I grew up on a farm about an hour south from here… Paparimu, a litle place called Happy Valley. So I grew up there and Went to Papakura high school after Paparimu Primary. Pretty solid, good old south Auckland school. Going from a school of like twenty to a school of two thousand was a bit of a cultural jump. But I always wanted to be a farmer. I wasn’t that spectacular at school; liked sport, rugby and swimming and stuff like that.

And then I did an exchange to the US as an exchange student and had a great year. Left half way through seventh form - ditched school and then came back and milked cows for a year because I thought I wanted to be a farmer.

I was up in the morning staring into the arse end of a cow in the pouring rain. You get paid nothing. I think it was $250 bucks a week, maybe $200; then you get taxed on that… I earned nothing. You got one weekend off a month and it was fuckin’ hard work. So I’d go out to Papakura and get on the piss with my mates, then get home in the wee hours and get up two hours later. So I thought this is not gonna work for me. I thought ‘there has gotta be more to life’ so I went to Uni after that and started doin a BCom in agriculture.

How long did you farm before you went to Uni?

One year. Oddly enough when I knew I was going to varsity I went into the bush cutting pine trees. I made more in 6 months cutting trees than I did in a year milking cows! I went to varsity at Lincoln in the South Island – which is a good farming town, full of guys, very few women there. I was being sent off to varsity to take over the family farm and to become straightened up.

But still with the view of becoming a farmer I wanted to become a deer farmer - my mum and dad owned a deer farm – and I thought it was a bit more civilised form of farming. Right on the end of that I went on a field trip (I did a marketing class) to Saatchis. And I thought ‘shit, advertising looks like fun a fun game!’ You got paid well, and it was the fun side of marketing, not all the boring stuff. [So I] thought I’d try that for a while for a couple of years.

I did get a job [in advertising] but it was hard. It was just after the crash in 1990; advertising had just deregulated. They were feeling the pinch. I was one of two people who got a job that year. It was a small agency in Auckland, and I fell in love with the whole advertising thing - wanted to climb up the corporate ladder, get to the corner office

I got the nod from Saatchis at 25 and went to Saatchis Wellington - one of the youngest account directors… youngest person on the board. I got seduced by it all. All the corporate hoo ha. Bought myself a suit.

By the time I was… been there 8 years, I couldn’t do that for ever. You got sick of presenting ideas to boring clients who were never gonna buy them. You realise that you are always still working for someone else – and you’re working a zillion hours.

That got difficult. Rather than get bitter and twisted about that, and bitter twisted that I was on a salary, and that I was gonna give away the best part of my life to someone else, I thought I should have a crack at my own business and apply all those good ideas that I liked in our own business. That was 1996. And the antenna was up for my idea or my own business. That’s when I saw this American vodka when I was in the States and thought ‘New Zealand is a better environment for vodka’ - America is brilliant for bourbon, pretty Kentucky – bourbon. But vodka needs to come from a cold place.

So I started understanding a bit more about vodka on my return. Started understanding different styles: Russian styles, Polish styles, European styles, Nordic styles. Different base ingredients. Started distilling - and made some bad vodka. Then started getting better until I finally found a vodka I could present to my friends to try and they said that yeah, it was alright. 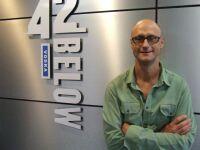 I was quite naïve. I did a business plan and thought shit this looks ok, this is gonna work, and then I realized shit, there was this thing called Excise Tax that I had no idea about. For every bottle of vodka I sold $18 went to the Government. And it killed my business plan. It was crazy. If you buy a $45 bottle in Glengarrys or wherever, $18 dollars, or I think it might be 16 of that is tax going to the Government.

I was naïve that when you get a dream you think shit this is gonna go off you know? Naivety in hindsight is a good thing - if you knew all the problems you were about to face you’d think this is too hard! But when you get confronted by them one by one they’re easier to resolve.

I had to keep my day job cos I had to fund the growth of the business. But I didn’t understand how much funding it needed, and so every month I’d get to the end of the  month and think, ‘shit I’ve sold 50 cases this month, that’s up 30 on last month and you think you’re in the money! And this is when I discovered a thing called ‘working capital’. The more you sell the more money you need to pay for stock.

You look at your cash flow and you’re actually going backwards. You’re buying stock 3 months, 6 months in advance. So to actually grow the business in the first couple of years was a very expensive time and I had to borrow money off mates. It was very awkward and uncomfortable. I had to sell the house. That was the hardest time because that’s when your balls are really on the line. You have to have total faith in your own idea.