Amongst the ruff and tumble on the field comes the rough and ready Rugby Comedy Festival, taking place at the ASB Theatre in Auckland on October 22nd. Among those in the sporting field taking part in this event is All Black great Eric Rush, who reveals his speaking stints aren’t as far removed from the field as you might think…

What’s been more intimidating – going out and playing to large crowds of All Black fans, or anintimate setting with a number of high profile guests at an after-dinner speaking function? 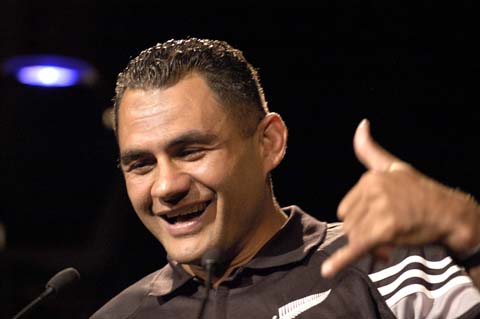 Actually more of an adrenalin rush (excuse the pun!) than being intimidating – although wouldhave to admit it is a bit intimidating playing in Australia if you’re not in the winning side; and speaking to their fans at a post-game function after the All Blacks have lost a test match is alsonot my idea of fun.

Have you always been a public speaker? As in, have there been moments before taking on this role that you’ve actively entertained a number of people off the pitch?

I am actually a qualified lawyer (I know – looks can be deceiving!!!) but found that the timerequired to train, play, and travel away with both the All Blacks and the NZ Sevens teams meant that it was difficult for me to give my all in that field – remembering that rugby wasn’tprofessional for most of my career. I did a few speaking engagements to earn an income in thattime and found that it was something I enjoyed. I don’t have much time these days to do as much public speaking as I used to, but it is something that I enjoy. 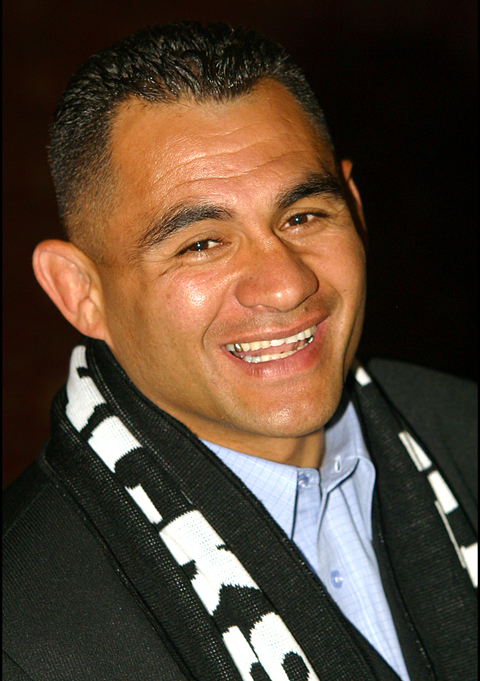 With a tradition of rugby players going on to coaching roles, was there much of a reaction fromyour friends and family when you decided to instead take up this new line of work?

I did a bit of Sevens coaching – taking the Auckland team to a couple of National titles, but otherthan that my main coaching is of my kids’ rugby teams (I have 5 children – and four sons playing rugby)!!

They are definitely intertwined – my speeches are actually entirely based on my life story so draw on all of my personal experiences – from growing up in a small Northland town through tomy time with the NZ Sevens team and the All Blacks, and now as Owner/Operator of the NewWorld Supermarket in Browns Bay, Auckland.

Finally – as I am sure many people are asking – your predictions for this Rugby Comedy Festival?