Eric began his career as a comedian in the sketch comedy series Full Frontal before gaining critical recognition in the biopic Chopper (2000). After a decade of critically acclaimed roles in Australian TV shows and films, Bana gained Hollywood's attention by playing the role of American Delta Force Sergeant Norm 'Hoot' Gibson in Black Hawk Down (2001) and the lead role as Bruce Banner in the Ang Lee directed film Hulk (2003). 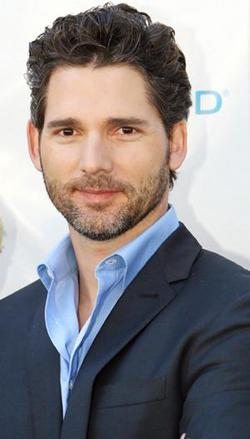 QUESTION: How familiar were you with Tudor history?

I was somewhat familiar but I did not pay a lot of attention at school, let's be honest; so every film I do is like a history lesson. I'm using the film industry to educate myself, basically. It's a very expensive education! At school in Australia we didn’t focus particularly on the Tudor period of history. I’d say it is not a big part of our curriculum.

What did you know about Henry, Anne and Mary Boleyn?

I knew probably more about Henry than I did Anne and Mary and I guess the only parts I knew about Anne were to do with her relationship with Henry obviously. Then after getting the role there was a very wide range of brilliantly made documentaries. That was very handy. I was blessed with that and Justin put a lot of reading material my way. While it is interesting and important in building up the world that your character is in, it is not always information that helps you when you are on the set. It is easy to get bogged down in research.

Henry VIII has been often portrayed on screen, so what did you do for research and preparation?

I used a lot of history to help inform me and to educate me, but essentially you really have to try and construct the character from the elements of the script. I deliberately chose to stay away from seeing any previous versions of him because I would find that too confusing and restricting. So I just basically tried to come up with my own version. I had many conversations obviously with Justin, our director, and had his support.

As a kid did you see any of the films, like Charles Laughton or Robert Shaw as Henry VIII?

No I hadn’t. But I am looking forward to seeing their work.

What was the most surprising thing you learned about Henry?

Because all of the earlier part of his life was new to me it was great to be informed of this man who did so many wonderful things, that was athletic and loved music and poetry. It was liberating because it gave me a base on which to form a character that was hopefully more interesting to the audience and me.

Isn’t it fascinating that for the love of a woman he changed the face of England forever?

I am intrigued by that because it shows how people in the midst of a new relationship can do things that have very wide reaching effects and ramifications. I think it is believable that people at the centre of those moments are completely oblivious to what is occurring around them because they are so involved in themselves. I love the fact that no-one is immune from that kind of crazy behaviour – it doesn’t matter how powerful or wealthy you are. 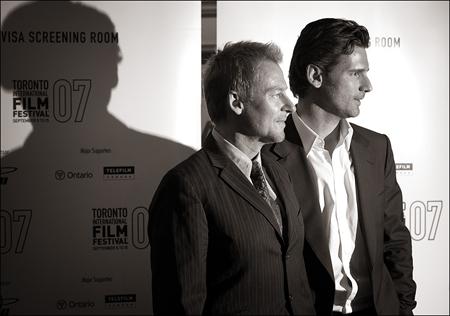 Would you agree that The Other Boleyn Girl is the story of a lustful monarch who goes out of control?

But what do you think of a man who has sex with sisters?

There is a phrase we use in Australia but I'm not sure if you use it here (sounds like 'ledging') - envious.

Do you think he got away with it because he was all-powerful?

Well I think that had a lot to do with it, let's be honest. But he was obviously a very charming man. I think he would have got away with it just because he was the King of England, but I think he was aided by being charming, especially when he was younger because he was a brilliant young man.

Was he bewitched by Anne Boleyn but in love with Mary?

How hard was it for you to maintain the accent throughout The Other Boleyn Girl?

It takes a bit of practice. Ideally, when it comes to these parts you want preparation and time because there is no substitute for it. It's not the sort of role where you get a call and a week later you turn up on set. So I had many months to prepare, which is hugely beneficial, and then I guess being from Australia and being part of the Commonwealth, it is a sound that I am probably more familiar with than some people. So hopefully that helps as well.

How comfortable are you on horseback?

Are the Tudor costumes tricky to get used to and not very comfortable to wear?

Yeah...they do take a bit of getting used to, but it is handy, it makes you feel quite kingly...you have someone help you get dressed in the morning and help you get out of your clothes at the end of the day. And that's very special, that's not how it usually goes in life. They were also stunning costumes, so it wasn't hard to feel like the king when you walked on set, wearing Sandy Powell's designs.

But when you first saw yourself in the tights was there a moment when you thought you looked pretty ridiculous?

Perhaps the very first time! Then you get used to it and then the costumes get more elaborate; they change and you get different versions of them. The codpiece probably took the most getting used to. That took me about a week and then I was very comfortable. Then at the end of the day without it I felt naked, I felt very unprotected. I felt like a cricketer at the crease without his box. It was like...where's my codpiece? How can I possibly face the world without my codpiece? 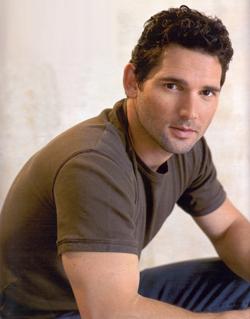 Despite the advantages you've just described, don't you think that it is unlikely that the codpiece is ever going to return to fashion?

Oh I disagree. I'm trying to bring them back! I want to bring back a range. I think they would make a good man-bag. You just need them big enough and then you could put things like mobile phones, keys, different items...a bit of spare change. They are very ornate too, you could individualise them and express yourself through the codpiece.

How important was it to film The Other Boleyn Girl in so many fabulous locations?

I think it helps to create the mood on set - most definitely. It's always nice to touch a wall and it's actually brick; it's actually rendered and your finger doesn't go through it. There are restrictions of course, in terms of how you shoot when you are in those locations. But it is a definite advantage.

Are you a DVD fan, do you have a collection at home?

I love DVD and I do have a library that I am expanding. I’m just waiting for the formats to be decided on…Blue Ray or HD. I love the extra features and the director’s commentary because it is fantastic. But I don’t like hearing from actors on DVDs - that spoils the magic a little bit. I enjoy listening to directors and cinematographers. I love films from the 1970s. I was born in 1968 and I had very liberal parents and so I saw a lot more than I was supposed to in the 1970s. I have very vivid memories of being stashed in the car trunk, under a blanket, to see Dog Day Afternoon at the drive-in. I also like The Conversation and The Deer Hunter. I grew up with those movies so there is a kind of nostalgic feeling. When movies come out the public gets bombarded with advertising and it sometimes hard for people to see movies under their own terms and what I love about DVDs is you go into a store and generally speaking all the DVDs occupy the same space there on the shelves and you get to choose, in a more calm environment, what it is you want to watch. I think that is really important for films because they comer more into their own with the passing of time. And I think that DVDs are essential for that.

At home is there a room set aside to watch DVDs?

I don’t at the moment but I am renovating and there is a room set aside. I can’t wait because for the last 10 years I have been watching movies with the sound coming out of tiny speakers. So I am really excited about that.