With the launch of Little Fockers on DVD we got a round of questions in front of funny man Ben Stiller. 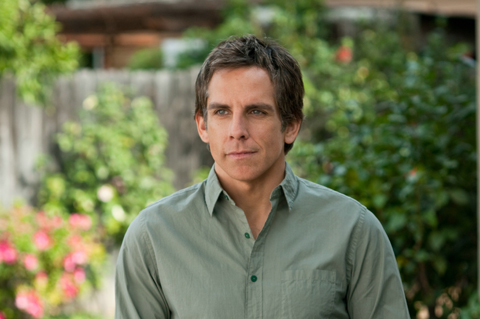 Who would have thought Greg Focker and his crazy family would be back for a third film, Little Fockers?

Yes I know. None of us predicted back in 2000 when we made the original (Meet the Parents) we would be back for number three, but I think everyone can relate to the Fockers and we have such a great cast - Robert De Niro, Blythe Danner, Teri Polo, Owen Wilson and for the two sequels Barbra Streisand and Dustin Hoffman. It's just one of those themes people relate to and love to see. They love watching the screws being put into Greg (laughs).

In Little Fockers the ensemble gets even better with Jessica Alba, Laura Dern and Harvey Keitel.

What's it like working not once, but three times with Robert De Niro?

It is truly amazing. I remember before we made the first one Jay Roach the director said to me 'What do you think about Robert De Niro playing your father-in-law?' and I said 'Great. Nice one. I'm sure that
will happen'. But, then it became a reality not just once, but now three times. I thought the first was a fluke. Now we have done one every five years.

Are you on a first name basis with him now? Do you call him Bob? Robert? Mr De Niro?

I am pleased to say I know him well enough to call him Bob. He actually prefers that. 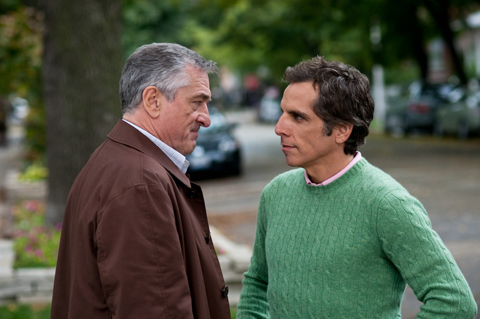 There's a great scene in Little Fockers where De Niro's character, Jack Byrnes, asks you to be the God Focker. Can you explain it a little?

Sure. Jack has a heart attack so he starts to think and becomes concerned about who will continue his family's legacy and he doesn't really have any options. Basically he's stuck with my character, Greg Focker. So he asks me.

It doesn't really turn out that well. You guys have an epic, physical fight at your son and daughter's eighth birthday party. It is hilarious. Yes, Greg decides enough is enough and literally fights back.

It gets really physical.

It does. We get into it.

What's it like standing toe-to-toe with Robert De Niro? He is, after all, the Raging Bull. He can throw a punch. Were you intimidated?

No, because I do a lot of mixed martial arts and UFC fighting in my downtime so I felt pretty competent. I was glad we were able to mix it up a little bit and get out of just the boxing and a little wrestling.

I read that he accidentally hit you in the face.
That's true. He got me good, but I also hit him. He said he wanted it. He said 'Give it to me' (laughs).

Can you tell us about the child actors, Colin Baiocchi and Daisy Tahan, who play the twins. They are great. The kids aren't kids. They are actually 40-year-olds.

Really? It's amazing what special effects can do these days.
Yeah (laughs). No, Daisy is a real little lady. A delight. Very intelligent and polite. Colin was funny because he is such a kid. He just wanted to play. We'd have to say 'You have to act in this scene' but he'd go 'No, I just want to play'. You'd feel horrible. We'd have to say 'No, you have to act. Act!' Then he'd start to cry. It's great being a child actor. No, I'm joking. But yeah, the kids are very talented.

There's another great scene in the film where Jack Byrnes takes erectile dysfunction medicine and has a rather large side effect, if you know what I mean. Greg Focker has to help relieve the erection. How do you prepare for such a scene?

Plenty of research (laughs). Greg Focker is actually a nurse so he knows what to do and luckily Bob is, of course, a method actor so let's just say he came prepared (laughs).

Barbra Streisand made her Focker debut in 2004's Meet the Fockers. How did you entice her to join the cast?

We called her up and asked her and she was seriously thinking about it. Then Jay Roach said to me 'Maybe you should give her a call'. I'd never met her at that stage so it was quite intimidating. She's really smart and had a lot of questions. She wasn't sure how she would fit into the film and what her part was about. It helped that we wanted her to play Dustin Hoffman's husband because they have known each other since they are teenagers.

How does your real family compare to the Fockers?

The Stillers? Oh, we are all sane. We are nothing compared to the Fockers. Well, maybe not. We are crazy. What is interesting is my life has pretty much reflected Greg Focker's life. When we did the first movie I was asking my wife to marry me and now 10 years on I have two kids and Greg has two kids.

How are your parents Jerry and Meara going? They are aged in their 80s. Is it true they have their own website now?

Yes they have moved into the Internet and are planning to take over all media. They have a Twitter account. My mother loves the Internet, but I don't think my Dad knows what it is. Their website is www.stillerandmeara.com. They have a show I sometimes produce and direct that involves them just talking about current events and it always ends with them arguing.

There's been three Focker movies so can we expect a fourth?

You never know. If people still have a desire and we can figure out a story that does make sense. I think it helped having a few years between this last couple to have the characters progress. So, sure, I hope we can do a fourth.

The great thing about the franchise is that it can continue to grow as the Focker family grows. In 2040 we could have Focker movies.

Yeah, like the Mother Fockers and Grandfockers. We could do a prequel that happened in the past called the Forefockers. It doesn't matter if we have a script. As long as we have a great title.