What are you, chicken? A climate of fear

Now even horses have the flu. Are we to take this latest scare seriously, or is it yet another example of the mainstream media seizing on the possibilities over the probabilities in a bid to play to our natural susceptibility to sensation over fact. Face it people, we get the media we deserve - if we didn't pay so much heed to sensation then we wouldn't be given it on a daily basis. Myths and rumours about bird flu have spread further across the world than the virus itself and the hysteria has caused many people to believe that a human pandemic (worldwide disease outbreak) is inevitable. We decided to examine some of the myths and realities of the situation. 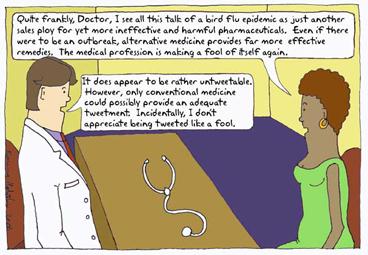 Myth: If Bird Flu comes to New Zealand, a human pandemic is inevitable.
Reality: Outbreaks of Bird Flu have been contained in developed countries before with no serious problems. There was an outbreak in Texas during 2004 that was successfully eradicated and while outbreaks in 1924 and 1983 led to the destruction of millions of birds, a large percentage were culled only as a precautionary measure. 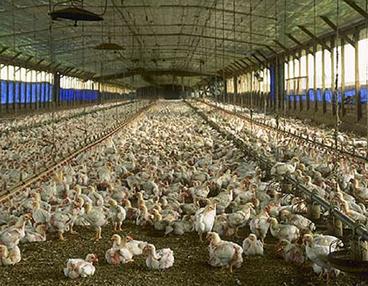 Counting your chickens yet?

Myth: Bird Flu affects chickens only.
Reality: Wild birds worldwide carry ineffective Avian Influenza viruses in their intestines. However Avian Influenza is very contagious among birds and can be spread to domesticated birds such as chickens, ducks, swans, geese and turkeys through direct contact with infected animals, contaminated surfaces (such as dirt or cages) or materials (such as water or feed). 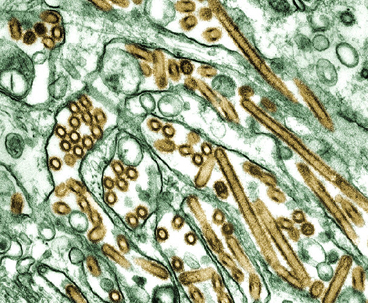 Myth: All types of Avian Influenza are deadly bird flu.
Reality: Not all Avian Influenza viruses are disease-causing. The bird flu that is causing concern is a strain called H5N1, which is unique because the primary animals infected are commercial birds and it does have the ability to cause the disease in people. The virus circulating in Asia is categorized as the H5N1 virus.