Getting Frank with Adam Garone pt.2 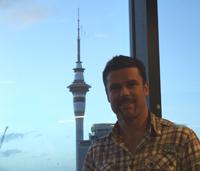 It would be interesting to debate how many world changing ideas were born in pubs. A decent number perhaps – but few are likely to have had a lasting impact. Melbourne man Adam Garone had an idea called Movember, where participants start November clean-shaven and then grow and groom a moustache for the remainder of the month, raising money through sponsorship along the way. Explains Adam about the pub setting, "My brother and his mate were talking about the décor, which hadn’t been updated since the seventies. They got to talking about trends from back then that hadn’t come back into fashion, and all they could come up with was macramé and moustaches. So they decided to bring back the mo, and roped around 30 guys into growing one over a month, monitoring their progress each week at a Fitzroy local. At the end of the month we held a party at a Melbourne bar where the first Man of Movember sash was awarded. So many guys wanted to be involved in Movember 2004, I suggested that Movember become formalised and the money raised could go towards men’s health.

What were you doing at the time?
I had a Project Management role developing web based reporting for computers at Vodafone. I began consulting part time to Movember from 2003 until 2006, when it was able to sustain a full time position.

I think it resonated strongly with guys here, just the whole angle of the “Lets have a laugh and grow a mo” as much as, "hey we can do something good with it as well".

Exactly, and this is sort of the first time a charity event in many regards has really resonated with sort of mid 20’s to 30 year old guys. Which is a prime advertising market. And those guys have all typically supported breast cancer in some way because they’ve wanted to and found it relevant. But I think all guys in the back of their minds know that, ‘Hey there are some health issues that concern us’, but there has been nothing really tangible that we can do.

Well yeah, because prostate cancer kills as many people if not more than breast cancer, but there is far less levels of awareness of it and far less money put into fighting it.

So this didn’t come out of some sort of person that you knew that had come down with prostate cancer?

We had within, there are sort of four families; one of them had an uncle that had prostate cancer. And we sort of researched what would be the best men’s health cause and purely because the moustache is male only, we wanted a male only disease. We looked at testicular cancer and the mortality rate; very, very, very, few men die of testicular cancer, it’s one of the very curable cancers, which is great. But then you look at prostate cancer, you’re right, roughly as many men die of prostate cancer as females do breast cancer. No one knows that, and there is no awareness about it and so it was the obvious cause for us to focus on, even though it affects men when they’re 45-50 years of age. It’s something that we wanted to make younger men aware of, that maybe we can raise funds now, and maybe this disease will be cured by the time we get to that age group. 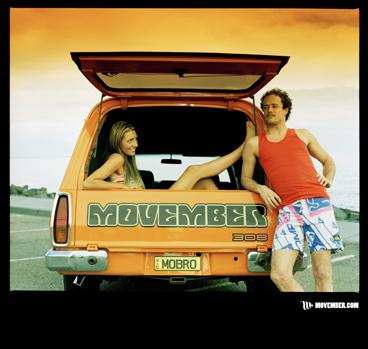