What's your Perception of Contraception?

Unless you’ve had your internet, TV and newspaper supply cut off this week, you’ve probably read the story about the 13-year-old (looks seven) British boy who fathered a child to his giant (by comparison) 15-year-old girlfriend. So, I thought it might be time to brush up on contraception. 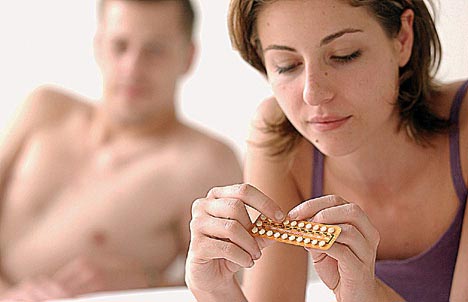 Readily available, cheap, and for the most part, effective.  Statistically, you’re looking at about 98% effectiveness for the male condom. Female condoms are somewhat less reliable, running at about 95% effectiveness.  And while they are not your most reliable protection against pregnancy, they are the best contraception to guard against sexually transmitted diseases.  Generally not loved by most guys, and actually not that loved by women either.  But when it comes to the Contraception Awards, condoms win almost every category so look into the top-of-the-range  super thin condoms

A drastic step (especially for her) but a truly effective one. Almost 100% effective for both procedures.  A vasectomy is a simple and straightforward operation that stops sperm entering semen by snipping a tube known as the vas. It is usually reversible. Female tubal ligation is a procedure where the woman’s fallopian tubes are cut or blocked.  Reversal is very difficult. Both of these options are more likely to be preferred by those who have already had children and know that they do not want to add to their families.

99% effective.  Great. But you can’t get it without a prescription.  So that must mean it’s not safe enough to dish out to anyone and everyone. And that’s not so surprising when you stop to think that every contraceptive pill is a cocktail of hormones – oestrogen and/or progestogen. But in fact, there is evidence for both sides of the coin. Depending on which pill she is on, research suggests her chances of developing cancer (namely cervical) are decreased.  However, there is also some evidence that indicates prolonged pill use can make women more susceptible to deep vein thrombosis, heart attacks and strokes. It’s a big responsibility for her but with the male pill looking to hit shelves in 2013, soon it might be a burden that can be shared.

Don’t make this your contraception technique of choice. We’re talking around 77% effective. At best.  Also known as coitus interruptus, this method involves the male partner ‘pulling out’ before he ejaculates.  Not overly effective for a number of reasons. Firstly it can be very, shall we say, difficult, to withdraw in time. There is also the risk that there may be sperm in the pre-ejaculate. Pre-ejaculate is the small amount of clear fluid that is released before actual ejaculation.  Admittedly, the withdrawal method is better in spontaneous situations of sexual intercourse than doing nothing at all.

No condoms, no internal devices, no pills. Natural family planning is based on the notion that there are phases in a woman's menstrual cycle when she is most fertile as well as phases when she is less fertile and, therefore, less likely to fall pregnant.  Using one or all of the following methods; calendar, temperature testing, mucous testing, a couple can identify the most fertile phases in the woman’s cycle and avoid sex during these times.  This method ranges in effectiveness from 76% - 98%, depending somewhat, on how regular the woman’s cycle is.

So there you have it. Hope I got through it without sounding like your Form 2 puberty teacher.