How to buy sex toys for your girlfriend. Part One. 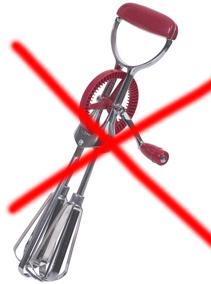 For those of you who are in a relationship where you’re both card-carrying members of the sex toy club, buying your partner a sex toy is easy – just get her a bigger and better version of the one she already has. But if the only buzzing in your bedroom is your dodgy fluorescent light, the first purchase can be a little trickier.

Yup that’s right. There needs to be a discussion about her thoughts and feelings on adult toys before you start using them. Chances are she won’t be all too receptive if she arrives home from work to your surprise love swing, already installed, hanging from the bedroom rafters.  The most important thing here is to reassure her of two points. Firstly, buying and using sex toys = perfectly normal. Us shy Kiwis sometimes have the tendency to think that anything beyond the missionary position in the bedroom is perverted or deviant. Simply not true, there is nothing wrong with enjoying sex and doing a little experimenting between the sheets. Secondly, you need to convince her that you don’t want to try sex toys because you need them. Using sex toys doesn’t mean you have a lacklustre sex life together, it means you have a healthy sex life and are keen to make it even better.

Some examples of effective ways to broach the subject;

“So I flicked through a Cleo magazine at the doctors the other day and there was all sorts of stuff about Rabbit vibrators??? Can you explain what they are, I got really confused...?”

Firstly, it’s a great way to figure out how open she is to the idea without out rightly asking. If she knows a bit of information about it, and shares it with you openly, chances are she has some interest in trying one out. But if she clams up and says ‘Jeez I don’t know, I’ve never used one. Yuck.”Then it looks like your sex life might be a toy-free zone for a while. Secondly it puts you in the amateur seat. She’ll think it’s cute and empowering that she can teach you something. Keep the lines of communication going on this one by next asking curiously... “So...would be able to use one together??”

When she asks you how your day was? Answer with...

Two reasons. One – it brings up the idea that other couples are doing it and therefore it must be normal. Two – women are fiercely competitive with each other.  We don’t go to the gym to look good for you, we go to look good compared to our best friend.  So if she knows that another woman is being adventurous in the bedroom she’ll want to be just as daring.

Rent Season One of Sex and the City and offer to watch it with her. Start with episode nine where Charlotte uses a vibe. While that’s happening on screen say:

It’s the frank and honest approach, and sometimes we just prefer that! It doesn’t seem like you’ve been thinking about it too much because there is relevant information on the screen. So it’s perfectly believable that the thought just popped into your mind. And she’ll think it’s sweet of you to rent something chick-flicky.

So your homework this week is to open the lines of communication with your partner and get a feel for how warm she is to the idea of starting a toy chest together. Then log back onto Get Frank for Part Two – How to find a toy she’ll like!