What Do You Mean I Don't Need a Pick Up Line?

"So, tell me some of your best pick up lines," he asked me.

"Because, you make it seem so easy. You must have some killer pick up lines that you use. I've seen you walk up to a woman and have her hanging all over you in minutes. Give me some of those lines," he said. 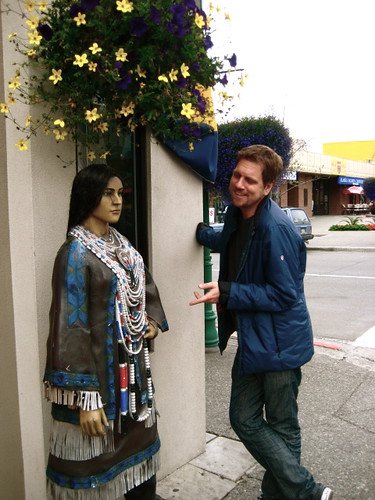 I laughed. I was talking with my friend, Greg and what he was asking didn't really surprise me one bit. I am used to it by now. My friends know where I used to be and where I am now when it comes to attracting women. While some of them have seen me up close and personal, some of them have really only seen me work from afar and when they do, they always assume that I have some "magic" pick up lines that work on all women.

I told Greg that he didn't need a pick up line at all and when I said that, he looked at me like I was lying.

"I dunno, to make a woman like you right away?" he guessed.

"Well, kind of, I guess," I replied. "Really, the whole point of a pick up line is to get a woman into conversation with you. Nothing more and nothing less. And yes, you do want her to like you, but you really can't build much attraction with just one line. The attraction comes after that. What you have to do is just get her into conversation so that you have the time to see if there is chemistry between you and her. You don't need a pick up line at all."

He was kind of surprised that I said that, because like most men, he assumed that any guy who does well with women must have some killer pick up lines in their arsenal. Some do, a lot don't.

"Greg, do you want to know what I say most of the time?" I asked him.

"Yes," he replied with some anticipation and enthusiasm.

He looked at me again like I was lying. "That can't be it. That's really all that you say to get a conversation started?" he asked.

"Yep. Something like that. I might say what's up? I might say something else along those lines, but it really doesn't get more complicated than that" I replied.

What most guys don't realize is that a pick up line really is just a way to get a woman into conversation with you. Sure, some guys will come up with some pretty funny lines and some guys will try to use something that sounds uber smooth. However, as long as you can get her into conversation, that's really all that you need to do. It doesn't have to be much more complicated than that.

The reason why most guys don't ever really learn that it can be that easy, is because they don't try it out. They don't actually go up and start conversations with women on a regular basis. So, they always have that outsider's perspective and they almost always think that something else must be going on when they see a guy walk up to a woman and start talking with her.

Like I said, some guys do have a rap. They have lines that they use. However, most of the time, those are not really needed at all. As long as you can get a woman talking to you, and she is in a good mood, then you are good to go.

From that point on, what you then need to do is to see if there is any chemistry with her and for that you can use plenty of techniques. However, if you are not approaching women because you assume that you need to have a killer line, you are wasting time.

You don't need one at all.

What you need to have is the confidence to make an approach and the ability to get a conversation started. It really can be that simple, if you allow it to be. Most guys will never allow it to be that easy and that is why they have so many "issues" when it comes to attracting women. Don't be one of those guys, you don't have to be.