The Paradox of Letting Her Go to Win Her Back 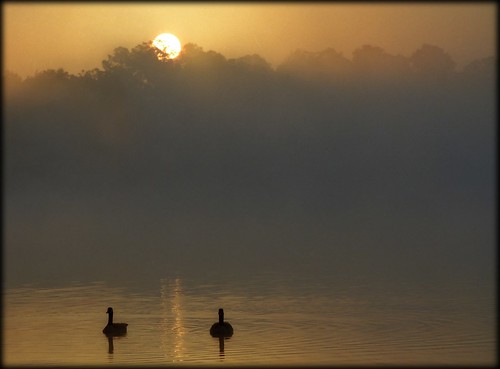 "I know it doesn't make sense, hear me out though," I replied.

"I don't know if I want to. You are just going to say that I need to let her go and that doesn't make sense to me," he responded.

"Okay, I know that you don't want to let her go, I get that. Let me ask this, how does it feel to hold on to her like you are doing right now?" I asked him.

I was talking to a guy who was torn up over a break up. Like most guys, he had heard the idea of letting her go and he didn't want to do that. It didn't make sense to him and the reality was, he didn't want to let her go. That's not uncommon.

"So, it's painful, but you want to feel that pain, right?" I asked him.

It's a paradox to some, but the reality is, when you hold onto someone who isn't even there anymore - all you are going to get is pain. All your attention and your focus is going to be on the fact that you don't have her as your girlfriend anymore. That kind of focus and attention can only bring you pain. And you know what? You are not going to be in a state where you can win her back if all you are feeling is pain.

"See if you can let her go for just a few moments, see how it feels," I said to him.

He let out a sigh and I could tell that he really did let her go. Not for good, but just for that moment. I wanted him to see how that felt.

"How does it feel right now?" I asked him.

"Okay, isn't that how you want to feel instead of feeling heartbroken or like you are in pain?" I asked him.

"Yeah, but already I am thinking about her again," he replied.

"That's okay, I just wanted you to see that it can and it does feel better when you let her go," I said.

If all of your thoughts are on something that causes you to feel heartbroken or in pain, try letting it go just for a few moments. If you do this for real and you do allow yourself to let her go, even if it is just for a short time like that, you should see that it does feel better and it doesn't feel as heavy.

When do you think you are more likely to win back your ex girlfriend - when you are in pain or when you are feeling good?

Most guys don't stand a chance for winning back an ex girlfriend because they choose to remain in pain. They would rather suffer than feel good. The problem is, and this is where the paradox comes into play, is that by holding onto their ex girlfriend, they are in pain and thus - less likely to win her back.

Yes, you might have heard it before and not really believed it.

It may be a paradox, but you do have to let her go in some sense in order to get her back. I am not saying that it is easy. It may not be. But, if you really want to be able to win back your ex girlfriend, you have to find a way to feel good again and the easiest way to do that is to let go of whatever is making you feel bad.

If you do, then you will be in a position where you do have a chance to get her back. If you don't, then you probably won't.