Win TAKING BACK SUNDAY’S "HAPPINESS IS"

TAKING BACK SUNDAY NEW ALBUM ‘HAPPINESS IS' NOW OUT 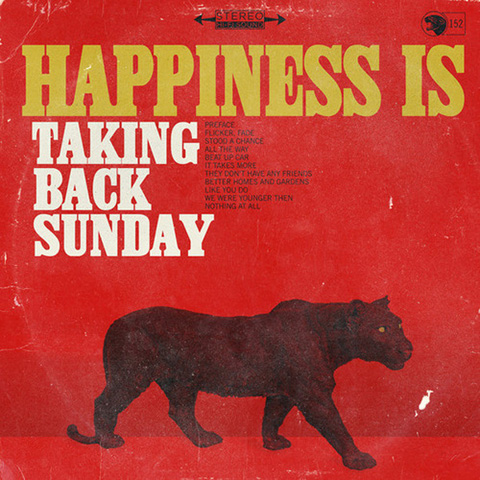 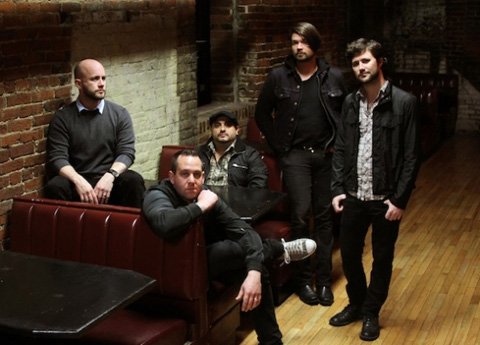 Taking Back Sunday have just released their new album, Happiness Is, via Hopeless Records/ Unified produced by Marc Jacob Hudson (Saves The Day, The Swellers) and Mike Sapone (Brand New, O’Brother). With the spirit of resilience and innovation dripping all over the band's sixth full-length, the album addresses some heady concepts, but it simultaneously showcases a new musical and conceptual leap for this band of mainstream misfits that's sure to endear them to fans both new and old.

Taking Back Sunday is a band who truly needs no introduction. Since forming in Long Island, the group has sold millions of albums, evolved from a scrappy punk act into seasoned songwriters and continued to forge a successful career. This will be the group's second album since reviving the classic lineup of vocalist Adam Lazzara, guitarist/vocalist John Nolan, guitarist Eddie Reyes, bassist Shaun Cooper and drummer Mark O'Connell.

Written over a year period with no involvement from a record label for the first time since their legendary 2002 debut, Tell All Your Friends, the album sees the band expanding their musical palette and stretching out sonically in ways they’ve never done before by utilizing both producer’s, Hudson and Sapone, strengths. “Through this process we had many more shared experiences as adults that have come into play.  We had near death experiences purely from the force of nature, common enemies, playing for the troops who protect us against a different kind of enemy and that led to seeing parts of the world that you would never in your lifetime expect to see and leave you a bit haunted.  There is a new level of honesty both in the writing and working with two producers who we have known for so long,” says Shaun Cooper.

"I tried to be a little more loose; I was more focused on being myself than trying to sound perfect or anything,"Lazzara responds when asked how he approached Happiness Is. "We also played around a lot with arranging the harmonies and playing with layers and I think that makes these songs a lot more rich." Correspondingly songs like "Stood A Chance" alternate between melodic moments and moody breakdowns in a way that's so seamless that you'll hardly notice its happening until its all over, while “Better Homes And Gardens” sounds like catharsis set to a driving drumbeat. The band also clearly weren't afraid to let these songs truly take on their own spirit as evidenced by the ambient ballad "It Takes More," which started out as an upbeat rocker before becoming the atmospheric masterpiece that it evolved into.

Fans of Taking Back Sunday will also rejoice at the fact that Happiness Is sees the band’s enigmatic frontman at his most personal. "Through the years I've tried to stay pretty cryptic because often times it’s easier not to have to explain yourself but on this record I was very direct in the sense I tried to use the simplest way to get an idea across,"Lazzara explains. "In the past I don't think I ever would have let a song like 'Like You Do' go on an album because it’s so heartfelt in a simple way and I also think it's actually one of the first love songs we've ever written."

Ultimately this search for meaning and pursuit of progress lies at the core of why the band has managed to retain a fervent fanbase over the years and survive numerous passing trends. But it’s also important to note that none of the band members take any part of this experience for granted. “A band is always going to think their newest work is their best, but for me personally, there are several songs on ‘Happiness Is’ that continue to give me chills each and every time I hear them.  I could not be more proud of what we have accomplished with this record and I cannot wait to share it with the world,” says Cooper. "In the past when we were on a major label there would be A&R people giving us suggestions but with this album it was just us pushing ourselves," Lazzara summarizes, sounding even more hopeful than he did over a decade ago. "There is no question to me that Happiness Is is the best unfiltered representation of what happens when the five of us get in a room together and that makes me really happy.” Nolan confirms this sentiment by adding, "This album really is a testament to each of the member’s talents because it's just all us."

GetFrank is pleased to offer our viewers a chance to win a copy of TAKING BACK SUNDAY’S "HAPPINESS IS". To enter simply comment below then head over to our Suave Forum to make a decent contribution to finalize your entry. Make sure you check out next weeks Newsletter to see if you're one of our winners.