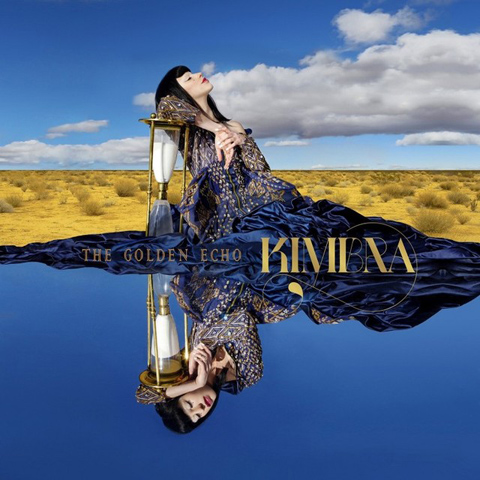 THE GOLDEN ECHO album is a vivid, vivacious, and ambitious arc of pop and funk that conveys an array of questions and insights. It’s an album both of youthful exuberance and mature introspection.

It’s at once a dancing record and thinking record, inspired by such diverse musical touchstones as Prince, ’70s R&B, ’90s pop, and The Mars Volta, but heralding the full arrival of a distinctive artist.

It's what Kimbra Lee Johnson has been aspiring to and working toward since her teen years in her hometown of Hamilton.

Front and centre are Kimbra’s own considerable talents as a songwriter, musician, programmer, and singer, but crucial are the contributions by a variety of notables, foremost her co-producer Rich Costey (Muse, Foster the People, Franz Ferdinand), who encouraged her to explore her mad-scientist/sonic-collagist instincts.

“That was spontaneous, meant only to be a guide for a real trumpet to be added later, but Costey liked the effect,” Kimbra says.

GetFrank is pleased to offer our viewers a chance to win a copy of Kimbra's new album THE GOLDEN ECHO. To enter simply comment below then head over to our Love & Relationships Forum to make a decent contribution to finalize your entry. Make sure you check out next weeks Newsletter to see if you're one of our winners.