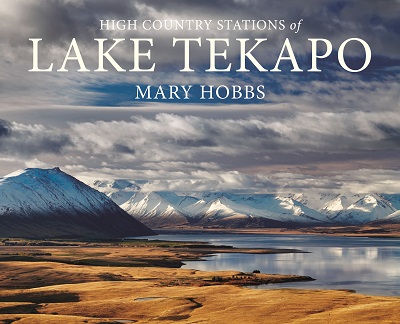 Lake Tekapo, with it’s dazzling blue glacial water and backdrop of the Southern Alps, is one of the major drawcards of the South Island’s Mackenzie Country. While most people’s experience of Tekapo is the bustling tourist village at the foot of the lake, there is also another whole community beyond, the legendary high-country stations that farm the sweeping tussock country that is typical of the Mackenzie. This book tells the stories of these courageous and tough farming families, who choose to live and work in this spectacular, but unforgiving country with its extremes of cold and heat, devastating snowfalls and huge winds.

Author Mary Hobbs, a long-time resident of the Mackenzie Country, has unravelled the history of eight stations from around Lake Tekapo – the original Tekapo Station, Mt Hay, Richmond, Mt Gerald, Lilybank, Godley Peaks, Balmoral and Glenmore. Using both old accounts and interviews with previous and current station holders, she has assembled a collection of stories that capture the flavour and character of a unique part of rural New Zealand.
Heavily illustrated with both contemporary images and many old, previously unpublished photographs, this is a fascinating and beautiful book. It is a sister volume to Mary Hobbs’s bestselling High Country Stations of the Mackenzie, which focused on the stations around Lake Pukaki, and will be another much-loved addition to the legacy of New Zealand writing about the high country.

Mary Hobbs published the award-winning New Zealand Outside magazine for 10 years. She is also the author of Kiwi Tucker for the Soul, Letters to New York and America – from New Zealand with Love, The Spirit of Mountaineering, Volume 1, Matagouri and other Pricks – The Journey to Aoraki/Mount Cook, Christchurch Dreaming and High Country Stations of the Mackenzie, a best-selling history of high-country stations surrounding
Lake Pukaki. 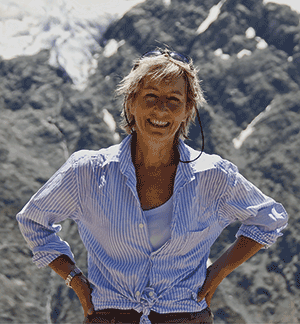