The world's biggest-selling annual is back and bursting with thousands of amazing new records! Last year, our diamond anniversary edition was the Christmas #1. This year, we're building on this success to bring you an all-new design, thousands of exciting new and fully updated records, and exciting new photography from around the world. The 2016 edition is our most ambitious yet! 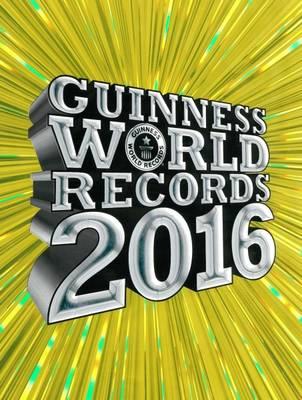 In 1951, Sir Hugh Beaver, the then managing director of the Guinness Brewery, went on a shooting party and became involved in an argument. Which was the fastest game bird in Europe - the golden plover or the grouse? He realized then that a book supplying the answers to this sort of question might prove popular. He was right! Sir Hugh's idea became reality when Norris and Ross McWhirter, who had been running a fact-finding agency in London, were commissioned to compile what became The Guinness Book of Records. The first edition was bound on August 27, 1955, and went to the top of the British bestseller lists by Christmas that year. Since then, Guinness World Records™ has become a household name and the global leader in world records. No other enterprise collects, confirms, accredits and presents world record data with the same investment in comprehensiveness and authenticity.

GetFrank is pleased to offer our viewers a chance to win a copy of Guinness World Records 2016 $49.99

To enter, simply comment below then head over to our Current Events & Sports Forum to make a decent contribution to finalize your entry. Make sure you check out next weeks Newsletter to see if you're one of our winners.