Win A Place for the Heart The Life and Work of Dave Comer by Peta Carey $59.99 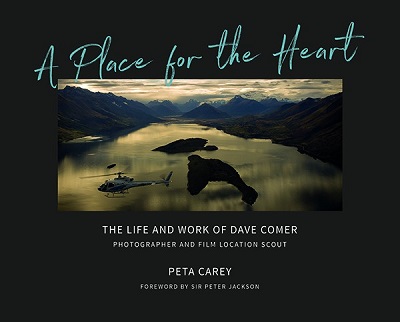 Dave Comer was a highly respected and renowned photographer and film location scout, popularly known as ‘The man who found Middle Earth’ for his central role in finding what are now the world famous locations for The Lord of the Rings and The Hobbit films. He lived much of his life in and around Fiordland, New Zealand, photographing the region from the 1970s until he died in late 2014.

A Place for the Heart presents some of his most beautiful and compelling images, alongside the story of Dave’s life and work – from the early years jetboating in the Hollyford Valley, to his involvement in the helicopter venison industry, to over thirty years in the international film industry. Above all, A Place for the Heart tells of Dave’s deep understanding and love of Fiordland.

Written by his wife Peta Carey, the narrative follows not only Dave’s life, but her own journey in making sense of his legacy.

A Place for the Heart is told through stories, letters and magnificent photography, and with a foreword by Sir Peter Jackson, offers a moving insight into one man’s lifelong connection and understanding of the New Zealand wilderness. 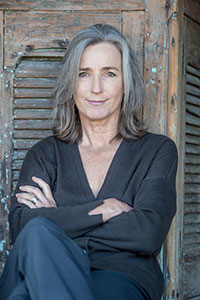 Peta Carey was just 17 when she first met photo-grapher Dave Comer in Fiordland, living and working together in the Hollyford Valley. She left a few years later, but stayed in touch as she journeyed and lived around the world, working as a documentary film-maker and feature writer, before reuniting 16 years later.

When Dave died in late 2014, Peta was left with the overwhelming task of archiving his lifetime’s photography, and realised there was a powerful story to tell alongside the images.

Now based in Queenstown, New Zealand, Peta Carey is a full-time writer, and mother to their daughter Billie.