300: RISE OF AN EMPIRE is coming to cinemas March 6, and Warner Bros. Pictures and GetFrank are giving you the chance to WIN one of 10 double passes to this massive blockbuster! 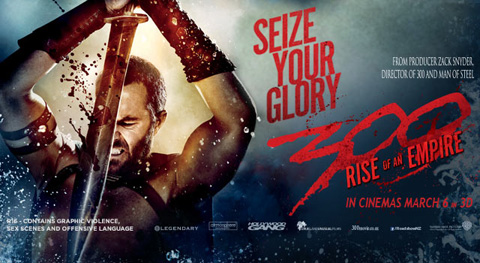 Based on Frank Miller’s latest graphic novel Xerxes, and told in the breathtaking visual style of the blockbuster “300,” this new chapter of the epic saga takes the action to a fresh battlefield—on the sea—as Greek general Themistokles attempts to unite all of Greece by leading the charge that will change the course of the war.

GetFrank is pleased to offer our viewers a chance to win a double movie pass to 300: Rise Of An Empire. To enter simply comment below then head over to our Everything Else Forum to make a decent contribution to finalize your entry. Make sure you check out next years Newsletter to see if you're on of our winners.