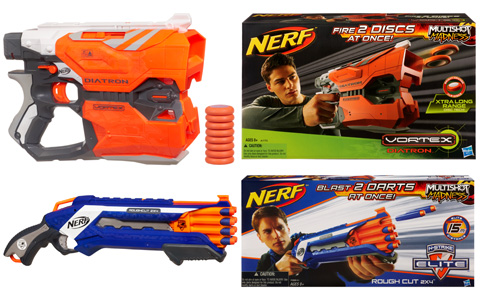 Blast 2 shots at once!

Are you ready to bring some multishot madness to your next mission? The DIATRON blaster lets you send 2 discs hurtling toward your target at the same time with every shot! Firing this fast is no problem, because the blaster’s built-in drop-down magazine snaps open for fast, easy reloading.  The blaster’s revolutionary XLR Disc Tech hurls the bright orange VORTEX discs an ultra-long distance. Blast your target with double firepower to outfire your opponent!